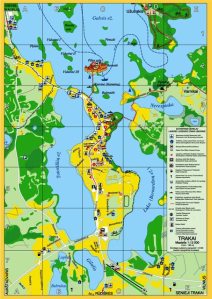 For my birthday yesterday, I visited Trakai Historical National Park which can easily be reached from Vilnius by bus or by train in 40 minutes.

At the historic center of the park is Trakai town and the castle, for which it is most famous, but the National Park goes far beyond that and encompasses a myriad of lakes as well as plenty of forest to get lost in.

The historical significance of Trakai began in the 13th and 14th centuries when Lithuania was the last pagan state in Europe. German Christian Orders, not satisfied with the “work” they had done on the crusades to the “Holy Land”, decided to take on and attack Lithuania. The lakes and the islands were perfect natural defences. 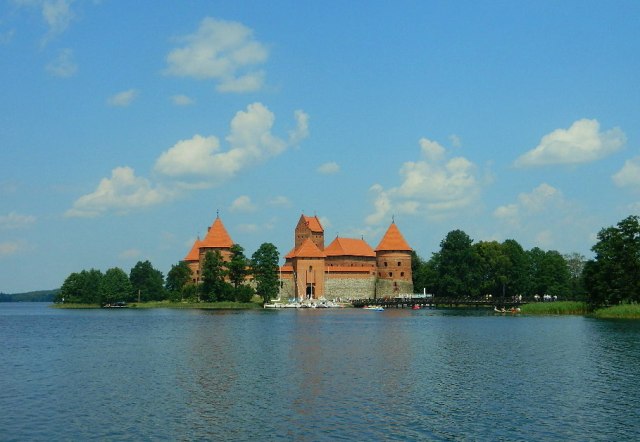 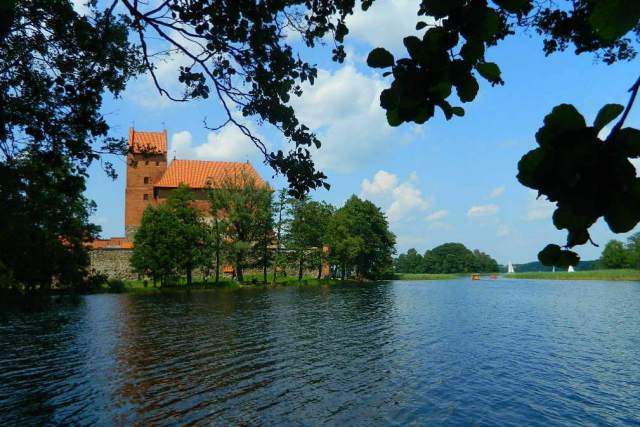 Because there are so many lakes and islands in Trakai Historical National Park, bridges play a key role. 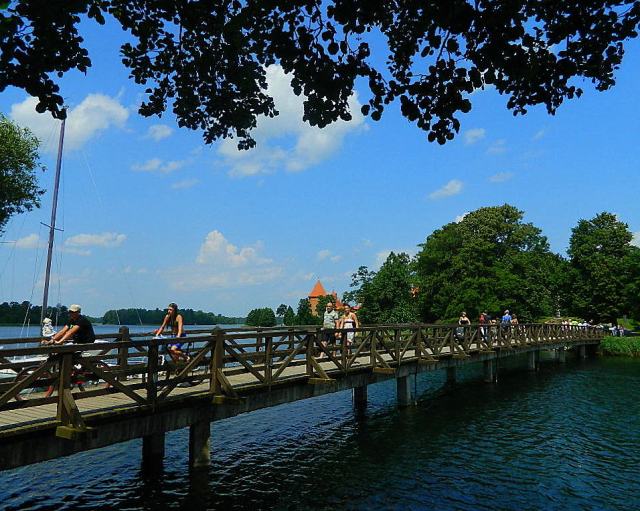 As do boats, from small to large. 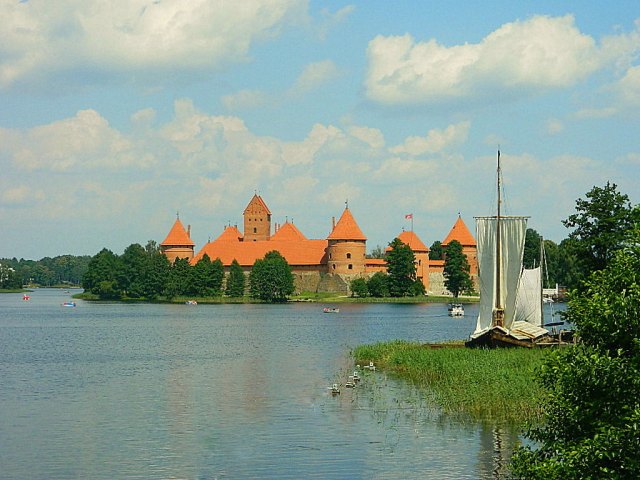 At other times, a fallen tree was the only way I could cross the dangerous waterways deep down below. 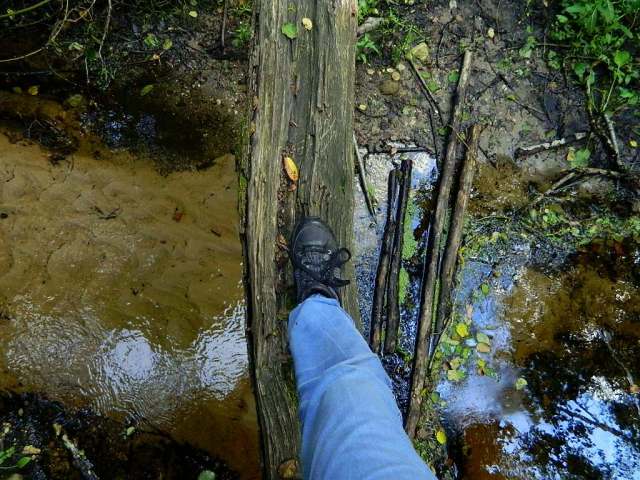 I was therefore not surprised to find a statue of St Nepomuk, the patron saint of bridges and waterways, in the town center of Trakai. 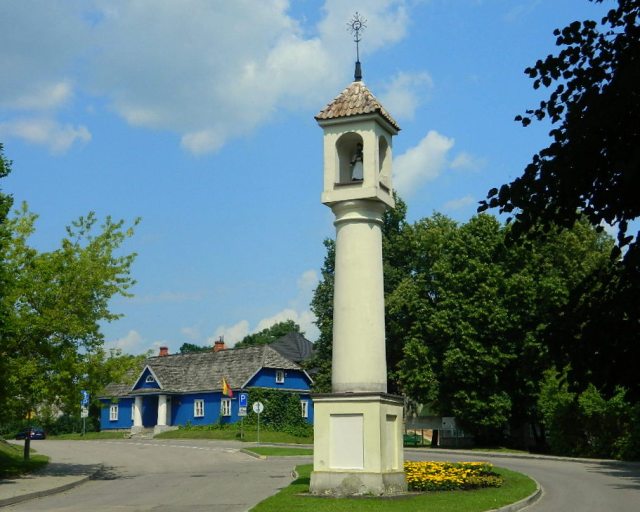 Some more impressions of the town of Trakai: 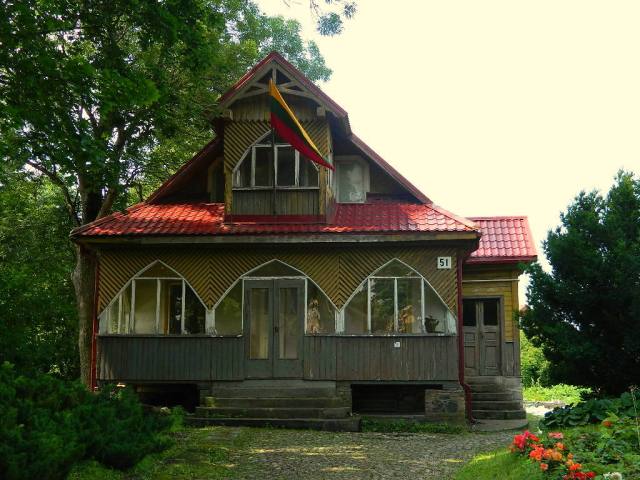 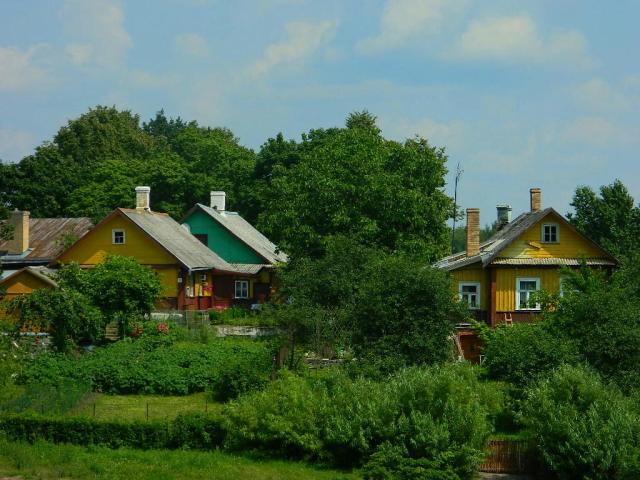 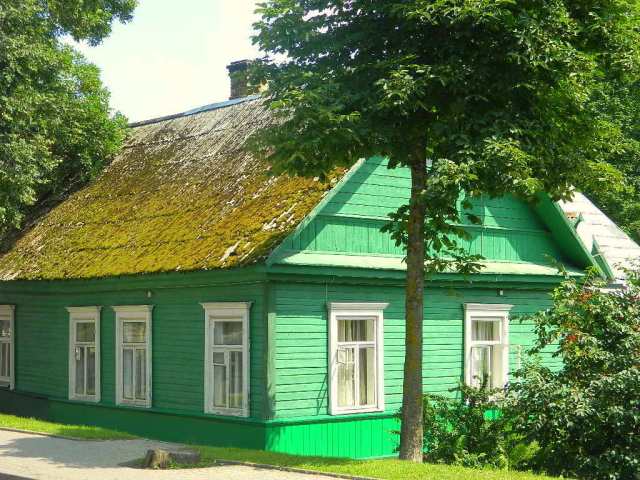 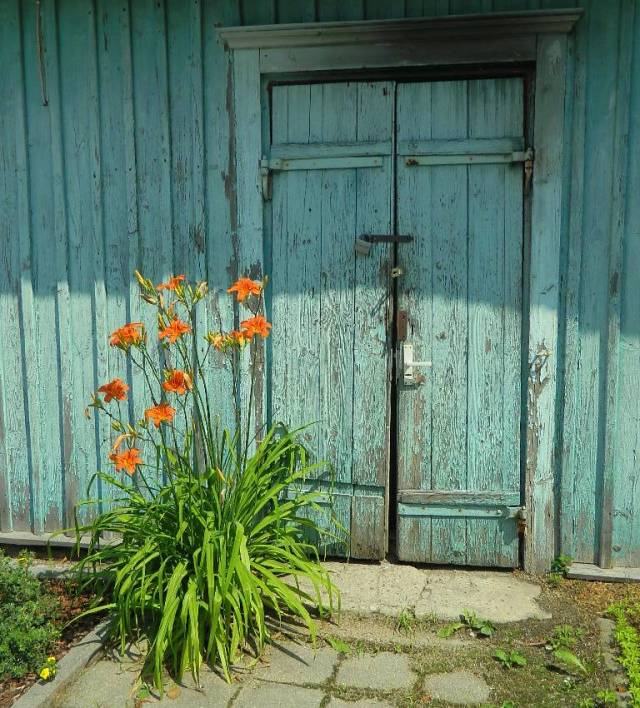 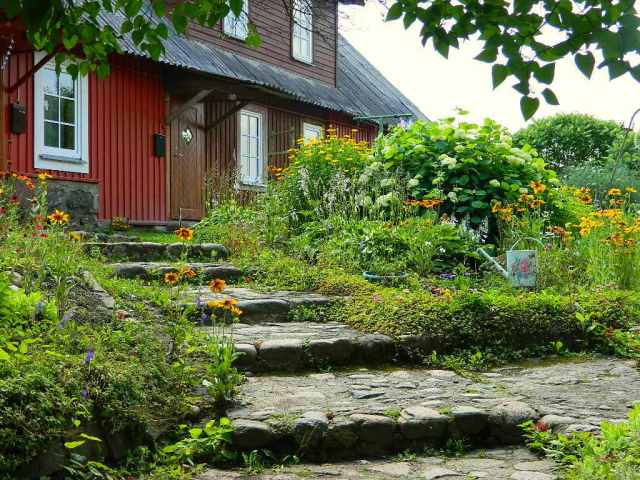 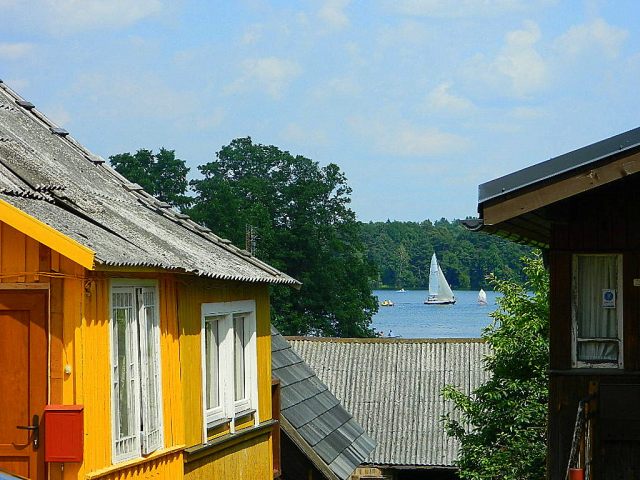 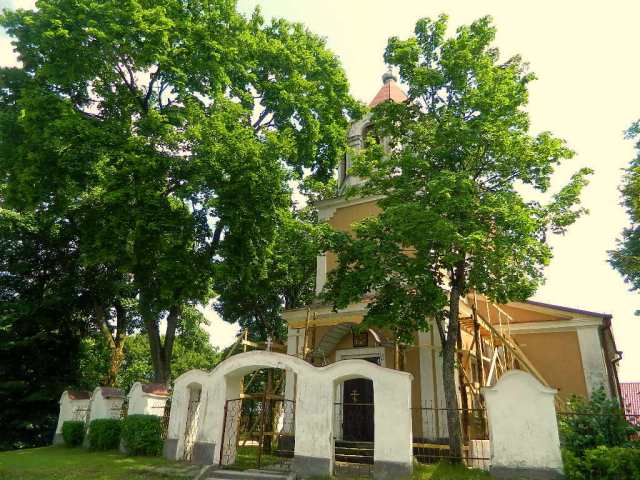 Many of these houses were along Karamių Street, the Street of the Karaim or Karaites, who originally came from Crimea in the 14th century. They speak a Turkic language – although only a handful of active speakers are still alive – and have their own faith, based on the Old Testament. Some explanatory signs in Trakai said that the Karaim faith “has Islamic elements”, but I noticed much more resemblance to Judaism as soon as I saw the Karaim “church” which was called “Kenesà”. This word is strikingly close to the Hebrew “כנסת” (“knesset”), meaning “assembly” which in the Hebrew term “בית כנסת” (“beyt knesset” = “house of assembly”) is the word for a Jewish synagogue.

And indeed, later when I was walking off the beaten path, I stumbled across an old Karaim cemetery deep in the forest, which surely enough looked very much like a Jewish cemetery, with Hebrew inscriptions on the tombstones. 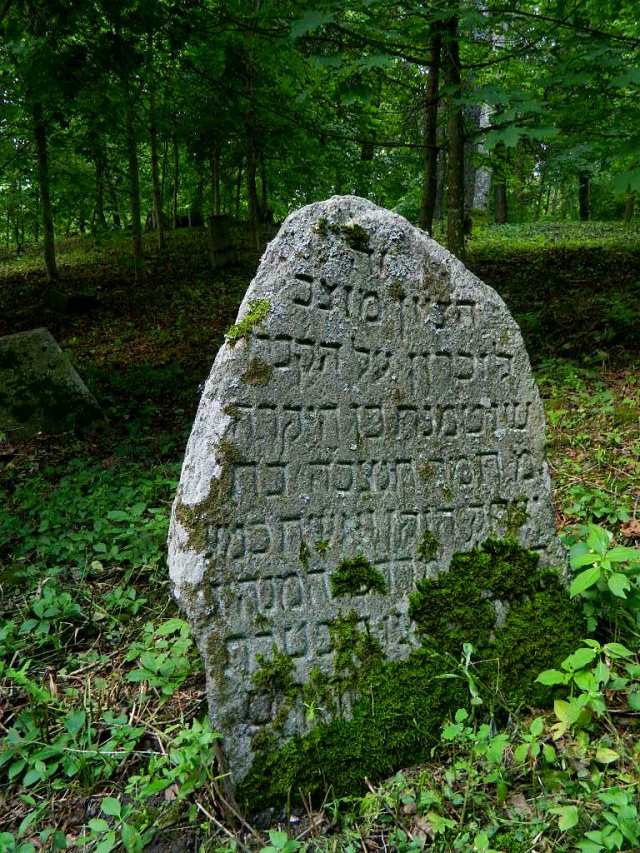 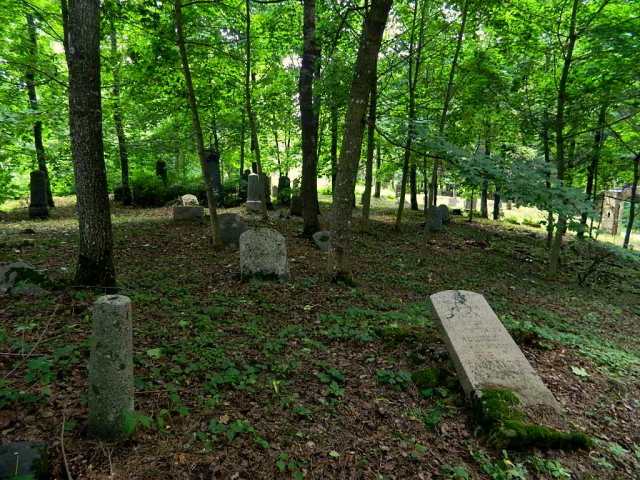 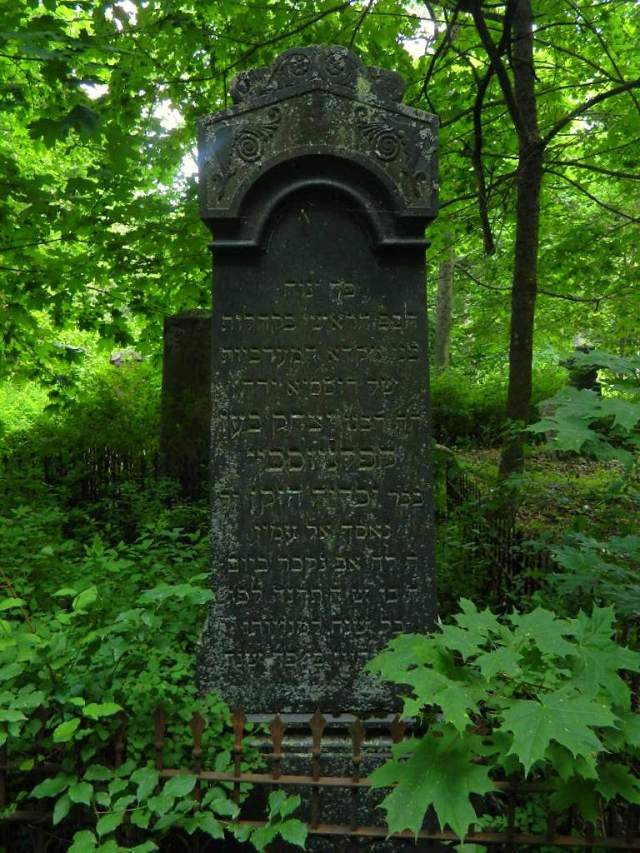 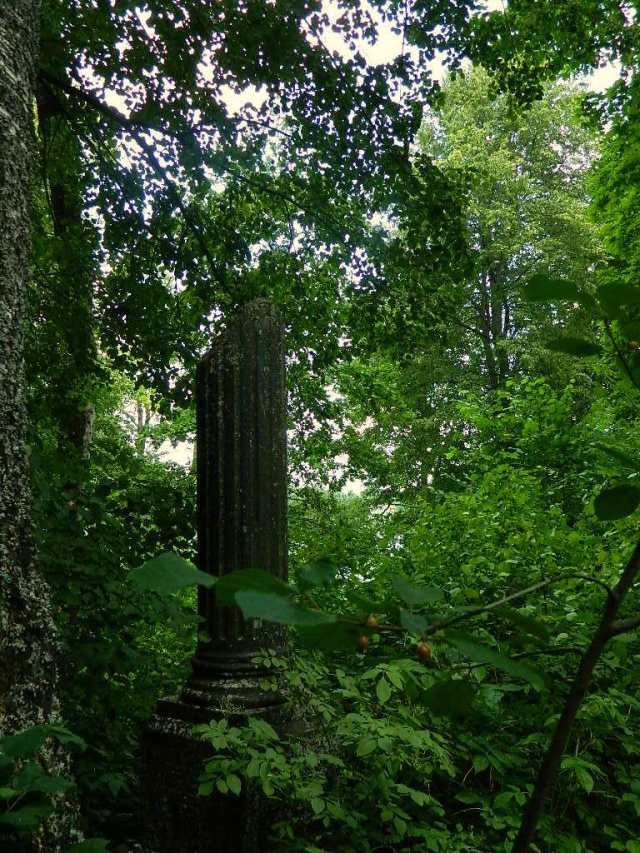 Stumbling across these reminders of Jewish culture reminded me that Lithuania had once been a major center of European Judaism but had then, under Nazi-occupation, played an especially grim part in the Holocaust.

Deep in thoughts, I continued my walk through lush forests and past lonesome houses. 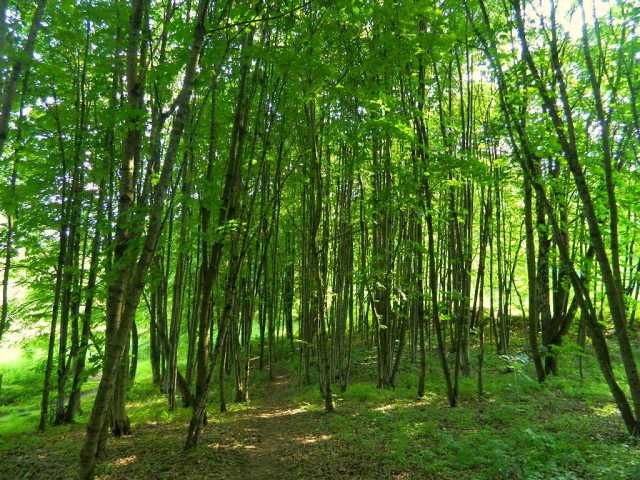 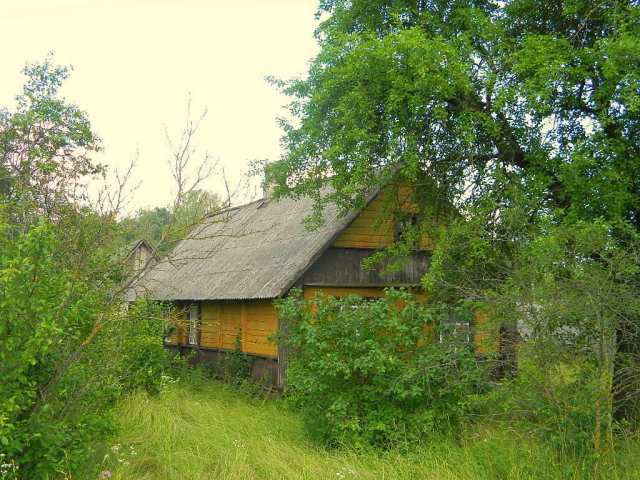 The only living beings that I encountered for a long time were these very cute ducks. 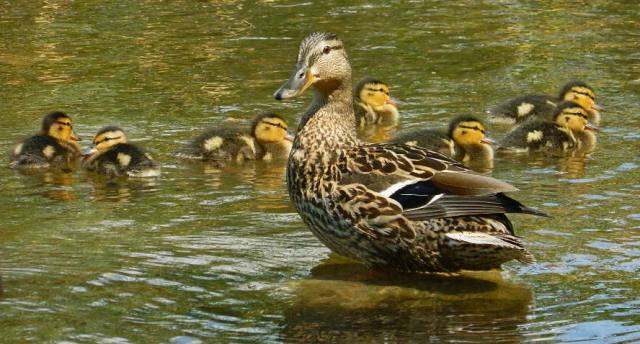 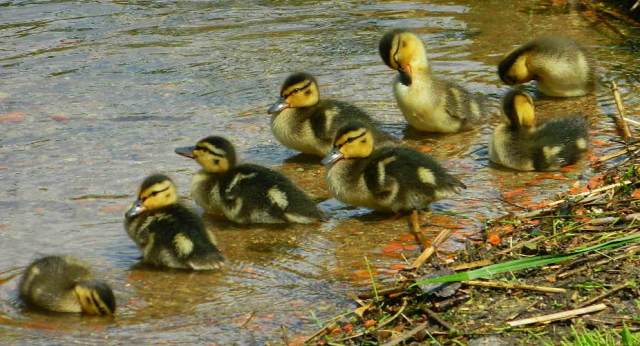 As I have only had a first glimpse of a part of Trakai Historical National Park and because it is so close to home in Vilnius, I will certainly return more often to explore it more deeply.

Travelling the world and writing about it. I have degrees in law and philosophy, but I'd much rather be a writer, a spy or a hobo.
View all posts by Andreas Moser →
This entry was posted in History, Lithuania, Photography, Religion, Travel and tagged Maps, nature, Trakai. Bookmark the permalink.