Next house sitting: Kittens in Kyiv

After spending last winter in Canada, I could have been forgiven to choose a warmer place this year, like Barbados or Morocco. (Although Alice, the cat in Calgary, will remain in my heart as the loveliest and most affectionate cat I ever cared for.) But then I got a call from two kittens in Ukraine who were too irresistible.

Stella and Stuart are just five months old, so this is a much bigger responsibility than caring for mature cats. They are still in their formative months, and I will have to be a good example regarding moral values, a healthy diet, studying hard and going to bed early.

I am especially happy about this assignment because there rarely are house sitting offers in Eastern Europe, my favorite part of the world. And I have never been to Ukraine before, so everything will be new and exciting!

From 14 December to 5 January, I will be in Kyiv, and after that I hope to have time to explore a bit more of Ukraine. On the way to Kyiv, I will also stop in Lviv for a few days, as I will be traveling by train or hitchhiking.

For those who know Kyiv, I’ll be staying close to Zhytomyrska metro station. I will be quite busy with the cats and writing and studying, but of course I want to get to know the city a bit. So if you live in Kyiv, I would love to hear from you!

I have already discovered that the area is relatively close to Babi Yar, which is an eerie thought. But then, I am studying history with a focus on 20th century history, so I should be used to what one can never get used to. If you live in Kyiv and are interested in history, politics and other social issues, I am even more eager to hear from you! 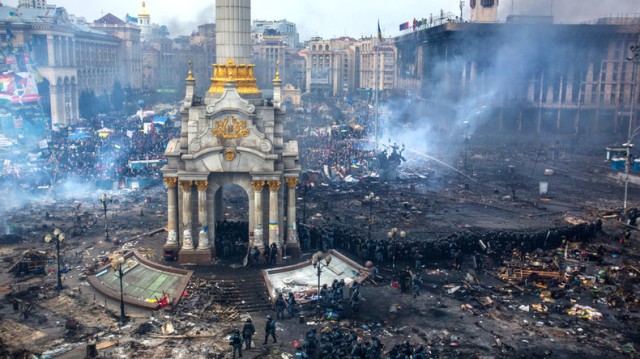 And now, I have to learn Cyrillic…

Do you want a posctard?

Actually, you would be surprised how hard it has become to find postcards in some places. But for you, dear reader, I'll walk the extra miles!

Travelling the world and writing about it. I have degrees in law and philosophy, but I'd much rather be a writer, a spy or a hobo.
View all posts by Andreas Moser →
This entry was posted in Travel, Ukraine and tagged cats, housesitting, Kyiv. Bookmark the permalink.

6 Responses to Next house sitting: Kittens in Kyiv