I had gone out to take photos of the sunset. But when I turned around, I observed something far more rare and spectacular: the rise of the full moon, at exactly the same time as the sun was setting opposite. 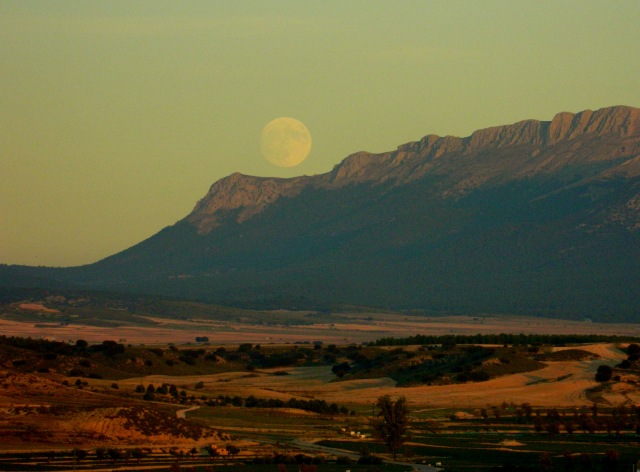 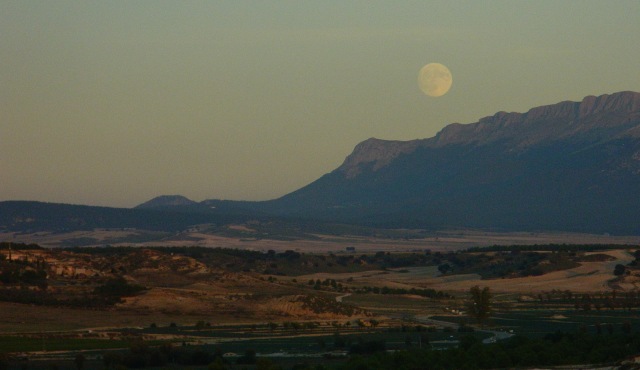 I knew it would be getting dark, but I just couldn’t get myself to leave the hilltop from where I was observing this coincidence of celestial movements. And thus, I had to walk back to Venta Micena in the night, with the moon as the only source of light and the church tower as the only orientation point. 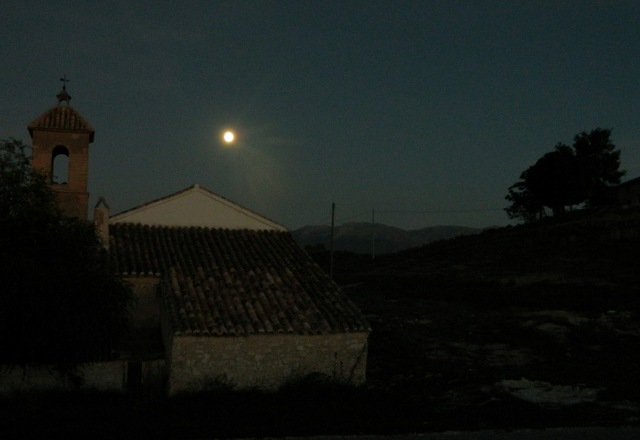 Once safely back, walking through the deserted streets of what I always thought of as a deserted village, I realized that I don’t seem to be the only person living here. Because in one other house, the lights were on. 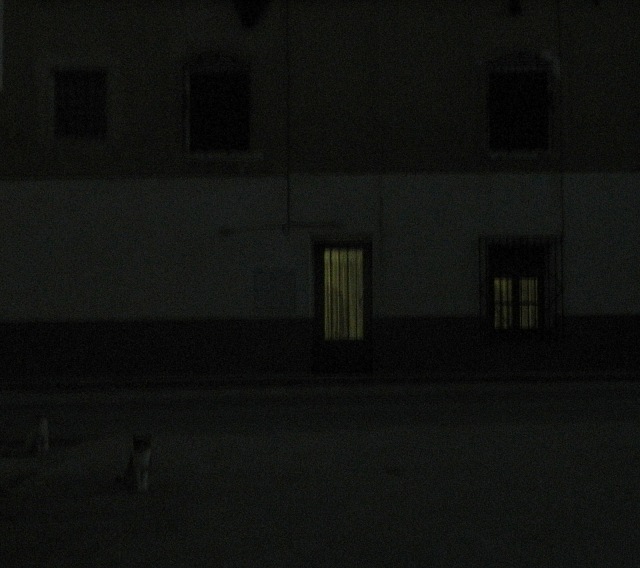 Curious, I went there the next day, but all the window shutters were rolled down, the door boarded up, as if the lights at night had only shone in my mind. Yet, I swear that every night since, I see flickers of candlelight and hear scraps of conversation coming from that mysterious house. Thus far, I haven’t mustered the courage to investigate further.

Travelling the world and writing about it. I have degrees in law and philosophy, but I'd much rather be a writer, a spy or a hobo.
View all posts by Andreas Moser →
This entry was posted in Andalusia, Photography, Spain, Travel and tagged moon, Venta Micena. Bookmark the permalink.