Let us learn our lessons. Never, never, never believe any war will be smooth and easy, or that anyone who embarks on that strange voyage can measure the tides and hurricanes he will encounter. The Statesman who yields to war fever must realise that once the signal is given, he is no longer the master of policy but the slave of unforeseeable and uncontrollable events. Antiquated War Offices, weak, incompetent or arrogant Commanders, untrustworthy allies, hostile neutrals, malignant Fortune, ugly surprises, awful miscalculations – all take their seat at the Council Board on the morrow of a declaration of war.

This warning should hang in all offices of any Defense Department.

Very interesting also the young Churchill’s thoughts on what should come after war.

I have always urged fighting wars and other contentions with might and main till overwhelming victory, and then offering the hand of friendship to the vanquished. Thus I have always been against the Pacifists during the quarrel, and against the Jingoes at its close. […]

The last two sentences read like a foreboding of Mr Churchill’s election defeat in 1945, just as he had helped to win World War II. 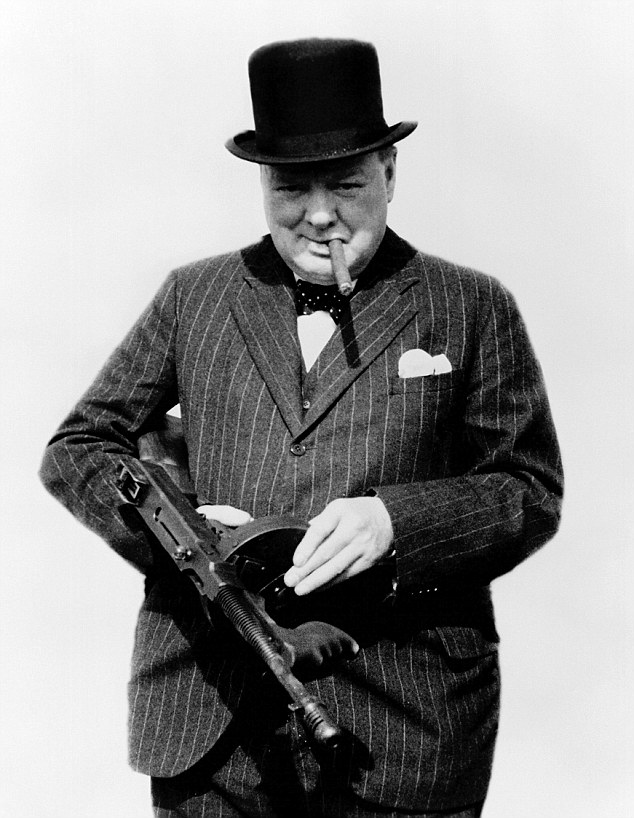 Maybe this photo made voters doubt if Mr Churchill would be the right man for peace.

(Thanks to long-time reader Ana Alves who mailed me Churchill’s autobiography as part of her annual book package. If you want to support this blog too, here is my wishlist of books. It’s hard to get the books I want in English or in German in South America, so I appreciate any help. Thank you!)

Travelling the world and writing about it. I have degrees in law and philosophy, but I'd much rather be a writer, a spy or a hobo.
View all posts by Andreas Moser →
This entry was posted in Books, History, Military, Politics, UK and tagged Churchill, peace, South Africa, war, Winston Churchill. Bookmark the permalink.