I always thought that the Feast of Corpus Christi is a somber affair. In Quillacollo in Bolivia there was indeed a short religious procession to the cathedral, with ice-cream and beer vendors already going about their business while the priest was talking about Mr Jesus. But most people had come for the festival that ensued with several hours of dance and music bands parading through the streets.

On that day, I was with Edward Allen, whom I had met through Couchsurfing and who took all the following photos. You can see that he is not as shy as I am about photographing people. Probably because I was with him in case somebody wanted to attack or sue him. 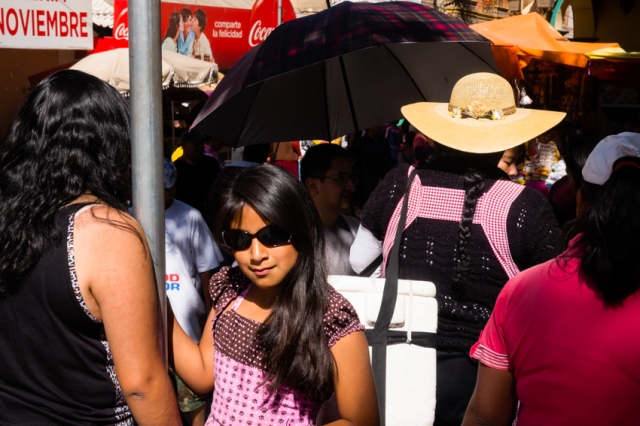 The main street is adorned with several large paintings made of sand and flower petals, depicting scenes from the Bible and other religious symbols. By the way, Edward was one of the few people I have met who is an even more radical atheist than me. 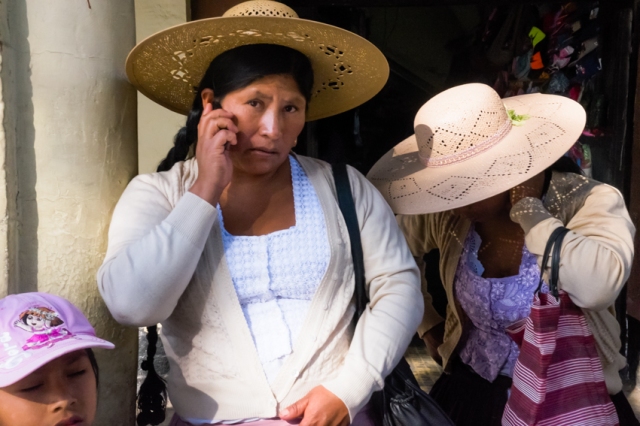 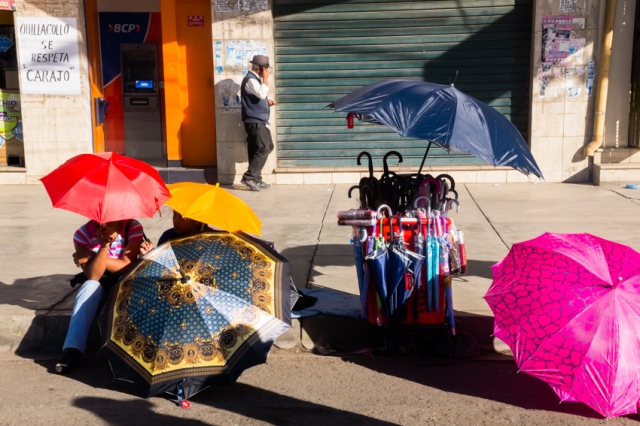 When you look at the shoes of the next band, keep in mind that they had to walk, dance and play around town for at least 4 or 5 hours in them. 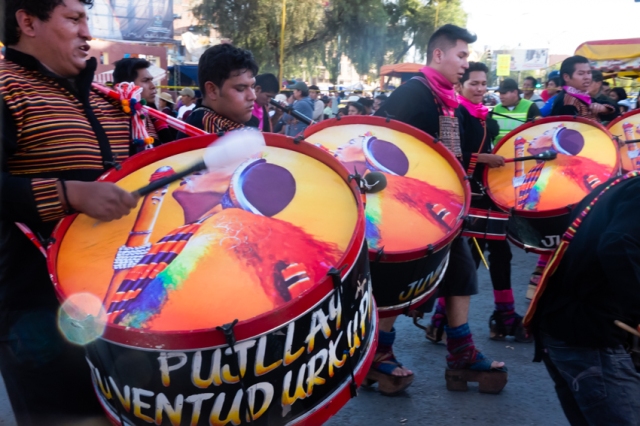 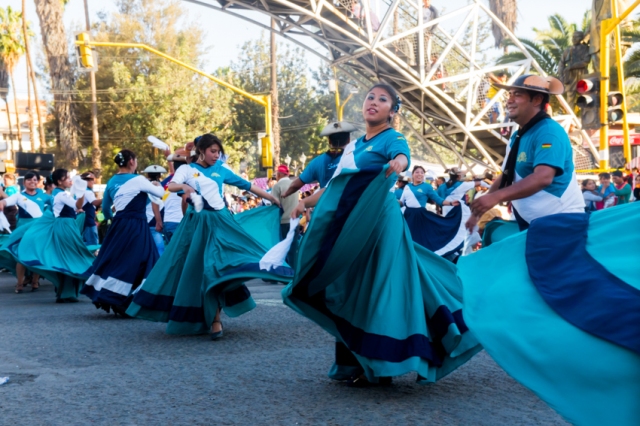 Yes, the lady is drinking a can of beer while performing. 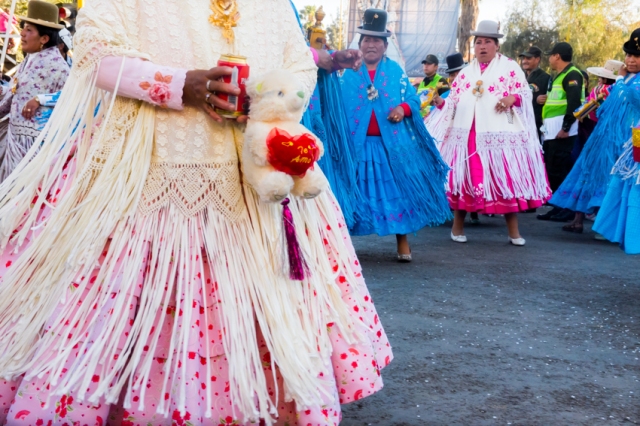 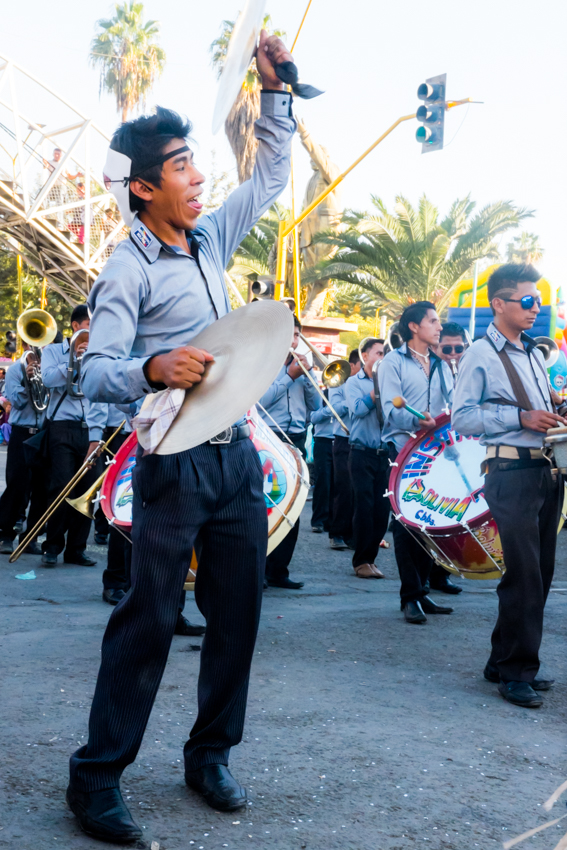 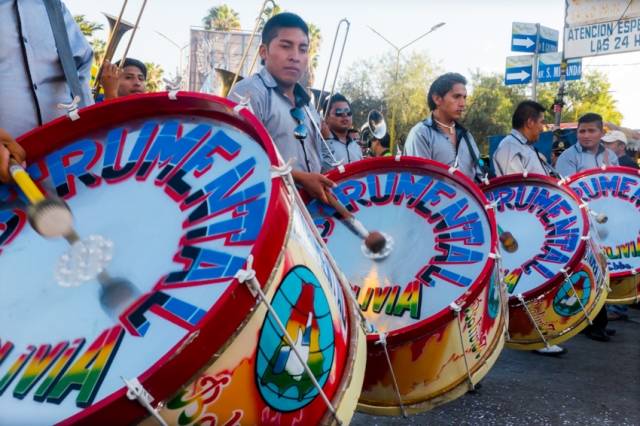 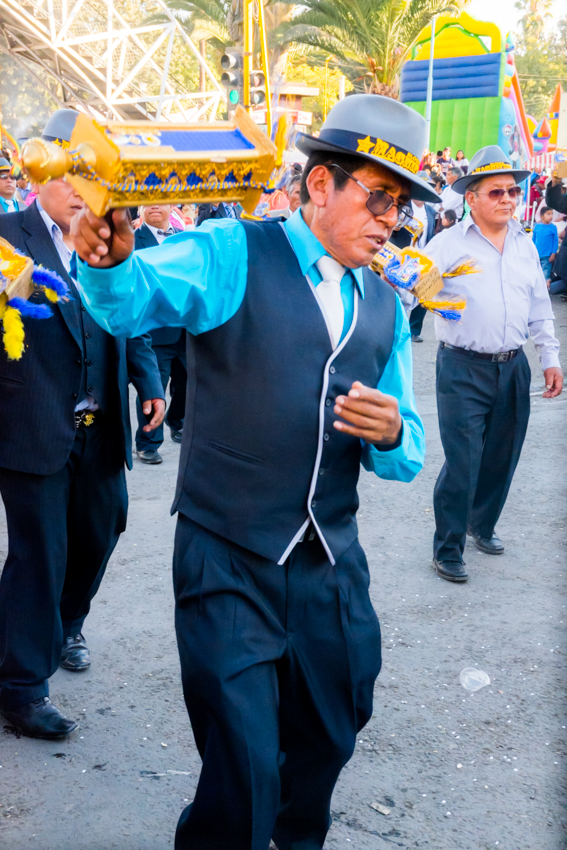 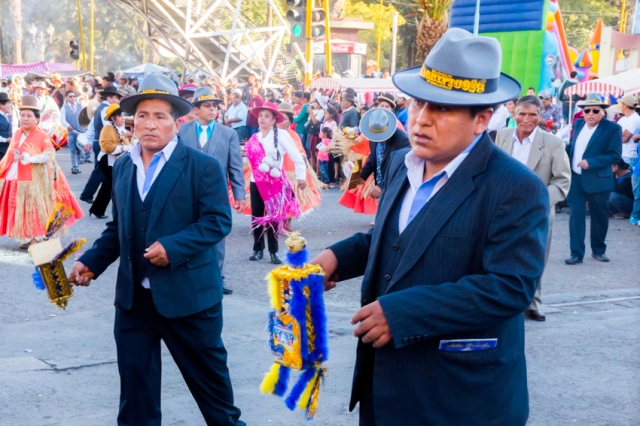 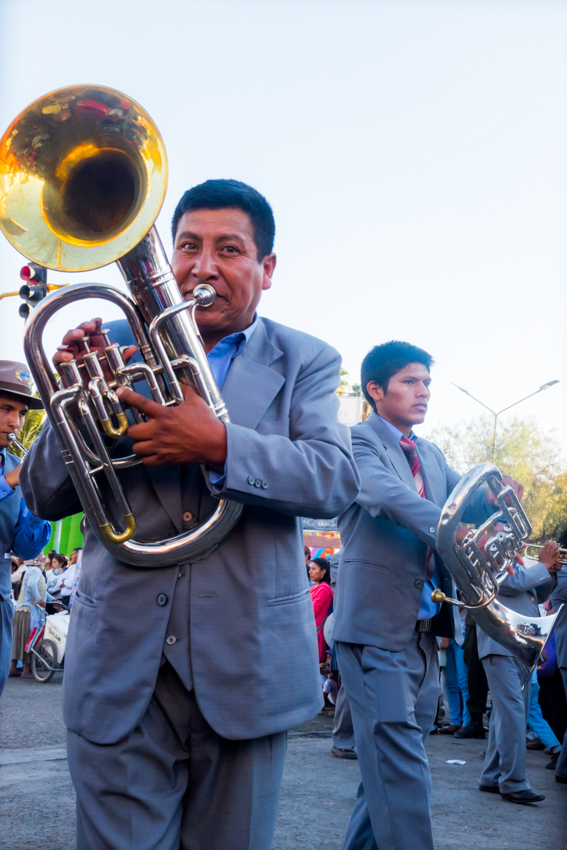 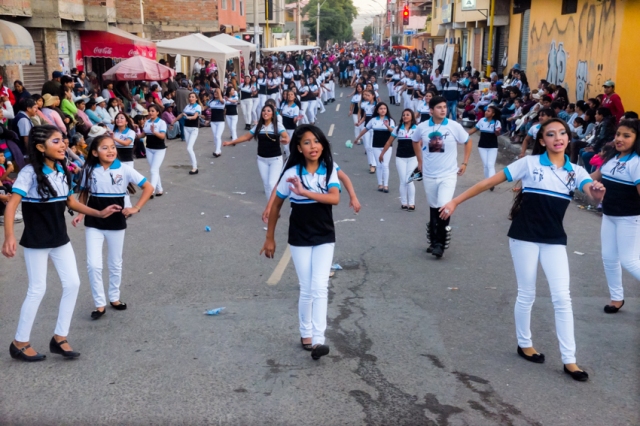 But this huge event was only the trial run for the festivities to celebrate the Virgin of Urkupiña, the patron saint of Bolivia’s national integrity, in August.

You have to admire how Bolivia combines dancing girls in very, very short skirts with devout worshiping of an alleged virgin.

Here you can see more of Edward’s photos from Bolivia.

Travelling the world and writing about it. I have degrees in law and philosophy, but I'd much rather be a writer, a spy or a hobo.
View all posts by Andreas Moser →
This entry was posted in Bolivia, Music, Photography, Religion, Travel and tagged christianity, Cochabamba, dance, Quillacollo. Bookmark the permalink.

7 Responses to Street Scenes in Quillacollo