Strong Waves in the Sunset at St Paul’s Bay, Malta

This afternoon, as I was walking along the shore in St Paul’s Bay (San Pawl il-Baħar) in Malta, I noticed unusually strong waves causing beautiful splashes as they hit the mole.

I ran home to catch my camera and my water-proof jacket and returned just in time to catch these shots against the setting sun. 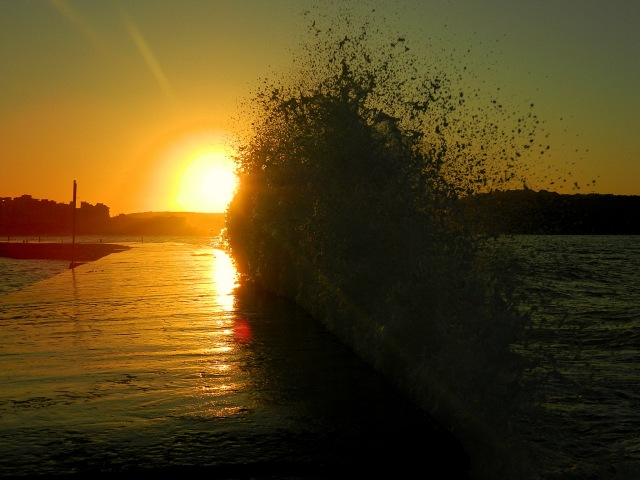 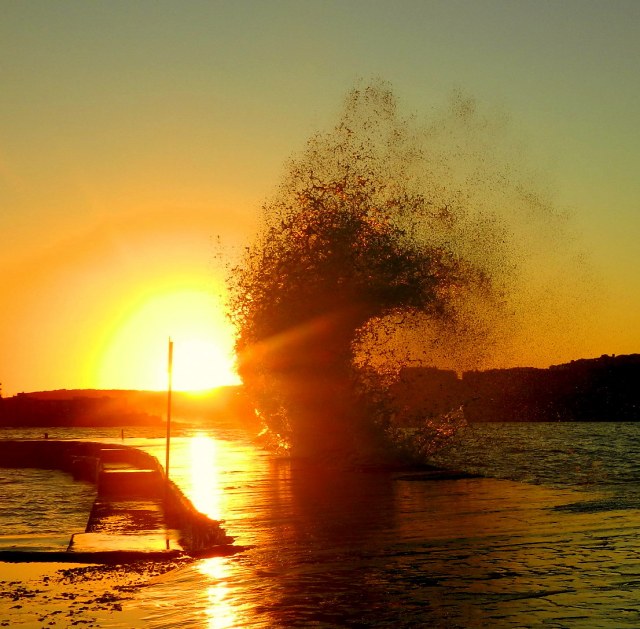 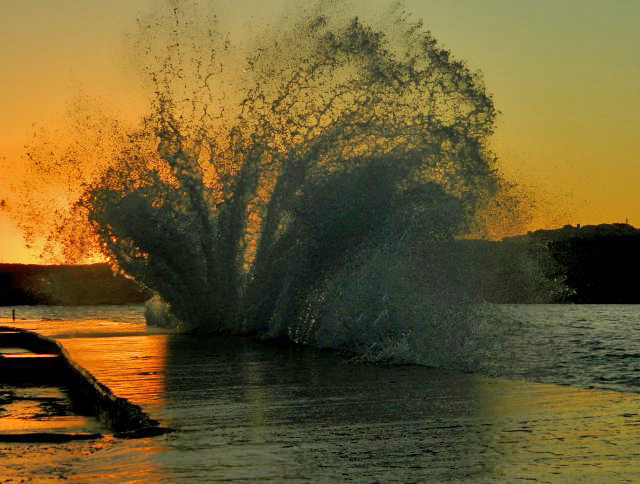 These waves came crashing against the mole every 30 seconds. A festival of water, light and sound.

As they looked large, vicious, exciting and dangerous, my natural instinct was to get as close as possible.

But as soon as I had ventured closer, the sea got fiercer and the waves bigger. I could however not retreat because that would have violated my photographer’s ethos. So I stayed in the middle of the mole, with the Mediterranean Sea crashing over my head. 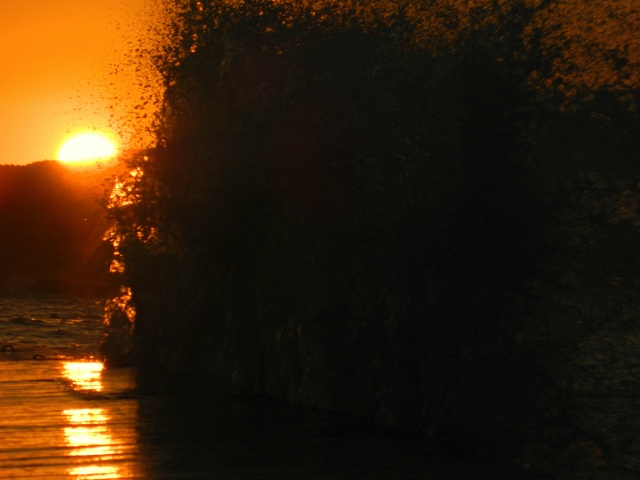 At this exact moment captured in the last photo, I realized that you wouldn’t be able to see these photos if I stayed and lost my camera. So I finally ran.

Travelling the world and writing about it. I have degrees in law and philosophy, but I'd much rather be a writer, a spy or a hobo.
View all posts by Andreas Moser →
This entry was posted in Malta, Photography, Travel and tagged nature, sea, waves. Bookmark the permalink.

15 Responses to Strong Waves in the Sunset at St Paul’s Bay, Malta