Apparently, studying at a distance-education university does not only mean that I can study from anywhere, but also that they are taking me on trips. As part of my studies in history, I’ll be going on a field trip to Poland, starting tomorrow. And of course we picked the Polish city steeped in history the most: Krakow.

The four-day workshop is called “Policies of memory and history in a Polish metropolis from 1900 to 1970”, encompassing anything from cultural history with art nouveau, Polski Jazz and a visit of the Wyspianski Museum as well as Jewish artists, the example of Socialist city planning Nova Huta, student protests and anti-Semitism in Poland after 1945. But I am not even sure if we are still allowed to discuss that topic in Poland now. In any case, the current debate just makes the seminar even more timely.

A large part will of course be taken up by the German occupation from 1939 on and by the Holocaust. We will visit both the city of Auschwitz and the former concentration camp Auschwitz-Birkenau. The former ghetto in Podgórze and the camp for forced laborers in Plaszów are topics as well, as is Oskar Schindler. As always, I got stuck with a legal topic, so I will present my thoughts on the question whether claims for compensation are a path or a hindrance to reconciliation. 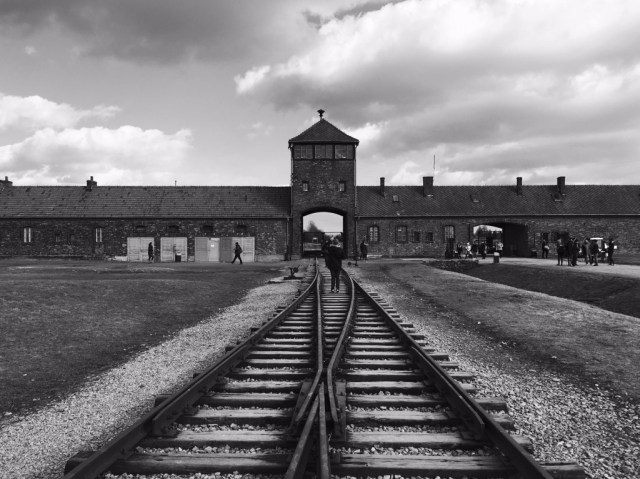 In a way, I am surprised that I haven’t been to Poland yet. After all, it’s a neighboring country. – And even my grandfathers already visited or rather invaded it in 1939, trying to create Lebensraum for Germans, not having the slightest clue that only two generations later, their families would die out with me anyway. (And trust me, even the largest living space thinkable wouldn’t convince me to produce any offspring.) But I have always been curious about Poland, hence I am using this academic trip to stay in Krakow for five additional days, until 20 June. If I like it, I will return to explore more of Poland.

There is only one thing that worries me. When I find myself in places of mass murder, which is hard to avoid in Eastern Europe if you travel with open eyes, I prefer to be alone. I like to take my time there, reflecting and sitting in the forest or the grass for a few hours. That’s obviously not an option when I am part of a group of well-prepared students. We will see how that goes.

As always when I go on a trip, if you want a postcard from Krakow, just send me an e-mail.

Travelling the world and writing about it. I have degrees in law and philosophy, but I'd much rather be a writer, a spy or a hobo.
View all posts by Andreas Moser →
This entry was posted in History, Holocaust, Poland, Travel, World War II and tagged Auschwitz, Krakow. Bookmark the permalink.

22 Responses to Next trip: Krakow