If you are 18, the EU will pay your summer trip

If you are 18 years old this summer (2018), you could be very lucky. The European Union is giving away 15,000 travel passes for individuals or groups of up to five people.

You will have to apply online between 12 and 26 June 2018. The application form will be available on the European Youth Portal. There will be a quiz about European cultural heritage and if you win, you would be asked to include at least one European cultural heritage site in your itinerary. Coincidentally, 2018 is also the Year of European Cultural Heritage, so there will be plenty of events.

In order to apply, you need to be 18 years old on 1 July 2018 and be a citizen of the European Union. British teenagers, this is your last chance! ;-) Note that you need to have EU citizenship, but you don’t need to be living in the EU. That’s another reason to investigate your family tree and find out if you have a German or Spanish grandfather or a Dutch or Irish grandmother, because that could be enough to obtain EU citizenship. (I have written extensively about the paths to German citizenship, but it also works with many other EU member states.)

Winners will be notified in early July 2018 and you can undertake your journey between July and September 2018. You have up to 30 days and I recommend that you use every day of that!

Your itinerary needs to include at least one other country than the one you set out from, and can include up to four countries. My advice is not to go where everyone is going (Berlin, Rome, Paris), but to use this opportunity to explore something completely new, somewhere where none of your friends are going. Belfast instead of Berlin, Romania instead of Rome, Piran instead of Paris.

The EU will pay the train fare (or if necessary ferries or other transport, but there is nothing more relaxing and romantic than the railroad). Accommodation and food won’t be paid, which is another reason why I suggest a route off the beaten track. If you are from Western Europe, you might be surprised how affordable large parts of Eastern Europe are. Also, consider Couchsurfing to find locals to host you for free and to show you their city. It makes for an even better experience! After all, the whole idea of #DiscoverEU is to get to know each other as fellow Europeans. 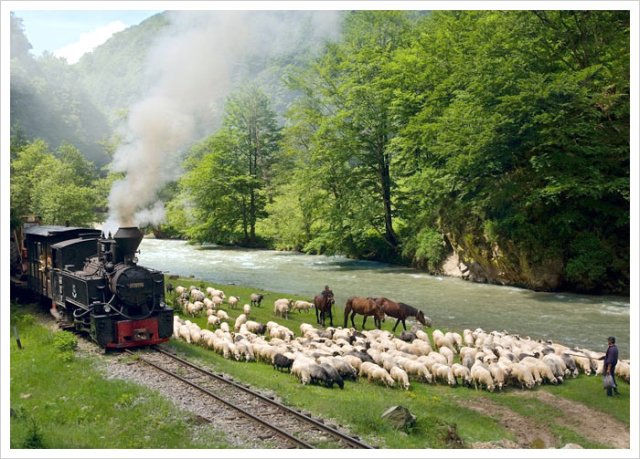 Travelling the world and writing about it. I have degrees in law and philosophy, but I'd much rather be a writer, a spy or a hobo.
View all posts by Andreas Moser →
This entry was posted in Europe, Travel and tagged railroad, train. Bookmark the permalink.

8 Responses to If you are 18, the EU will pay your summer trip