The museum in Narihualac was closed. All I could do was walk through the dusty streets of the small village, watch one of the many religious processions which take place in Peru every day, and visit some bars to soak up shade, water and chicha. 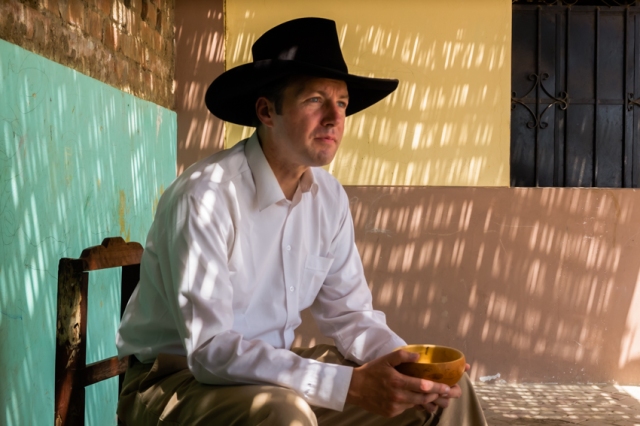 The brew had too much alcohol for me, but the children of the village were tough enough to empty the whole pitcher in seconds. 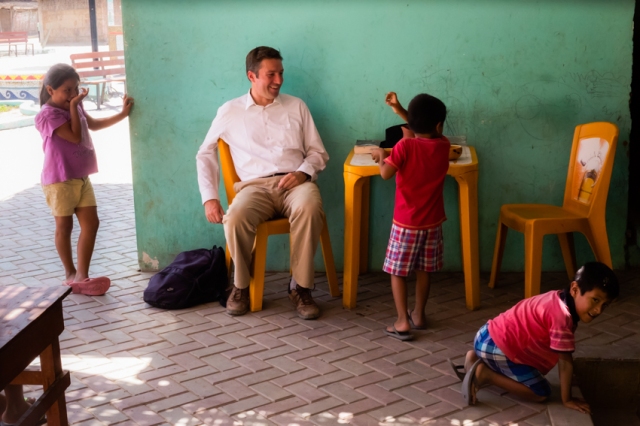 Narihualac’s main industry is actually not alcohol, but the production of straw hats which are better known under the name of faraway Panama. So I went into one of the hat stores, where my attention was drawn to an exhibition piece measuring at least one meter in diameter. I wondered about any connection to the alcohol.

The daughter of the hat maker, hanging around in the shop, was more fascinated by my very own hat, which had traveled 11,500 km from Transylvania to Peru. She insisted on trying it on and needed a lot of convincig pleas to hand it back to me. 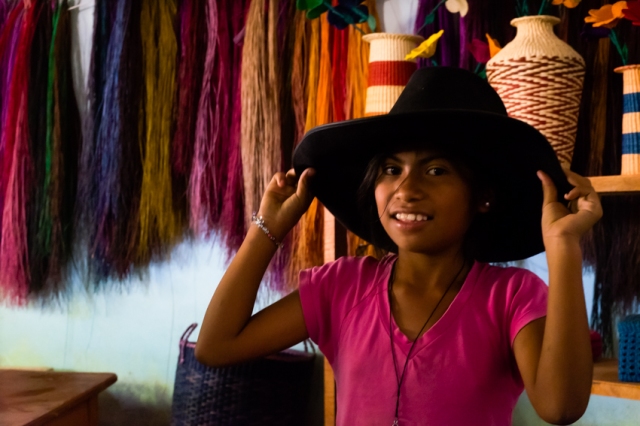 From then on, Margarita, as the 10-year old girl introduced herself, didn’t leave my side, although two boys of similar age told me that I should rather hire them as local guides because the girl was bad at school. Speaking about it, “why aren’t you at school?” I asked. It was Monday. “Today is our day off,” she replied and because there were children running around everywhere, I had no choice but to believe it.

The inquisitive girl asked me about Europe, if I had ever been on a plane, what languages I speak, how much my hat cost, where I would travel next, if she could try on the hat once more, whether I have pets, why I am so tall, if we have tablet computers in Europe and if I had games on my cell phone.

Finally, Margarita wanted to know what my profession is. When I talk to adults, I sometimes explain the concept of freelancing or of a digital nomad. Even when I want to keep it simple, I have several options: lawyer, translator, blogger, journalist, spy. In other languages I find it less boastful to use the word writer, so I replied that I am an escritor.

Upon hearing that, the girl jumps two steps ahead of me, puts herself in my way and looks at me with excitement, her eyes and mouth wide open in delight: “You write stories?” She couldn’t be more enchanted if there was an astronaut standing in front of her.

“And novels?” she asks hopefully.

“Not yet,” I am beginning to explain.

“But you are going to write a novel?” And before I can respond: “Do you also write fairy tales?”

In this moment, in a dusty village in the Sechura Desert, on an unbearably hot day, while a young girl in sandals is going through all genres of literature like other children her age could rattle down only TV shows or soccer players, and making the impression as if writing is the greatest profession on earth, I decide that I won’t return to my lawyer job after this journey, but that I will exclusively devote myself to writing.

None of that matters. I want to write! I want to tell stories. I want to explain the way I see the world. And if there are only a handful of people like the young literature lover from Peru, then it’s worth the effort.

Travelling the world and writing about it. I have degrees in law and philosophy, but I'd much rather be a writer, a spy or a hobo.
View all posts by Andreas Moser →
This entry was posted in Books, Panama, Peru, Photography, Travel and tagged Catacaos, children, Narihualac, Piura, writing. Bookmark the permalink.

35 Responses to The little Literature Lover