The Children of the Jungle

I hate the jungle. Heat, humidity, mosquitoes, mud, piranhas, butterflies, leeches in the water, snakes in the forest, crocodiles on the riverbanks, malaria, dengue fever, yellow fever, no orientation, no views, just trees after trees, from which all kind of crazy animals lower themselves down to devour you. No, I can fully understand why not many people live there.

On my last trip to Tipnis National Park in Bolivia, there was only one aspect which reconciled me with all the hardship. Most surprisingly to myself and to anyone who knows my general opinion towards children, it was the children of the remote village of Buen Pastor. 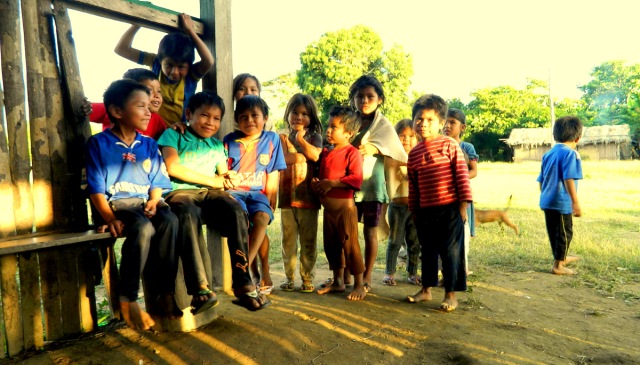 The small group with which I went were the first foreigners that had ever come to Buen Pastor. The children were initially rather shy, obviously a bit disturbed by the sight of men with beards (the Mojeños don’t grow beards), an Asian guy, a black guy and a girl with glasses (nobody in the village wore glasses). They looked at us from afar, didn’t respond when we spoke to them, walked away or, at most, indicated a very shy curiosity. 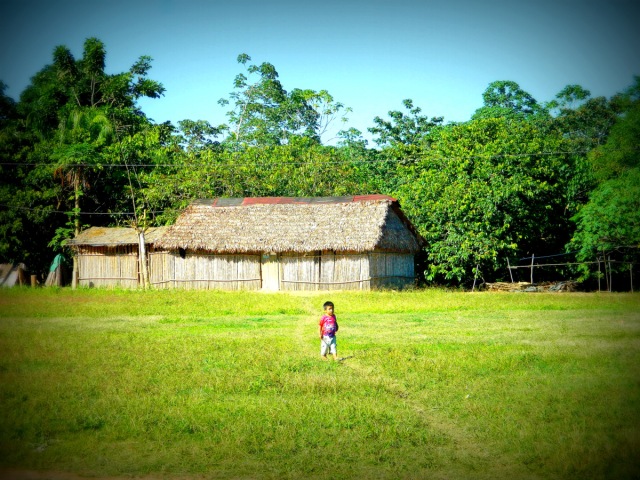 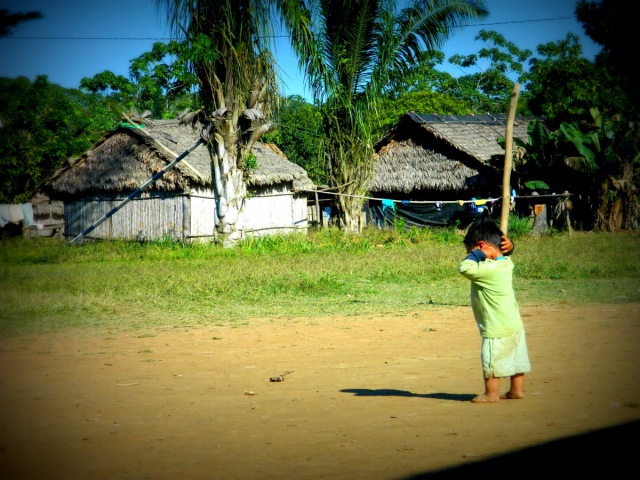 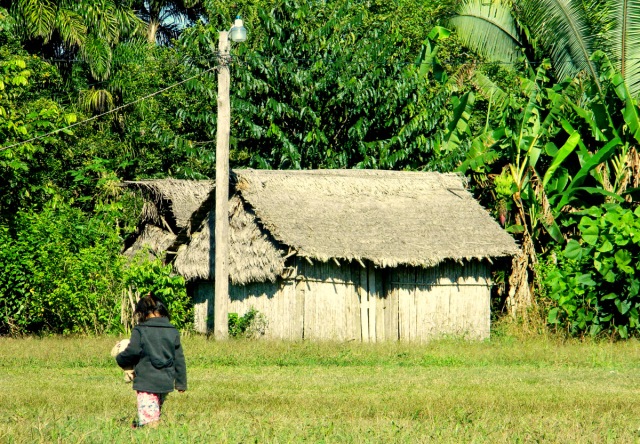 Other children were very dedicated to school and education and therefore didn’t really have time for us. 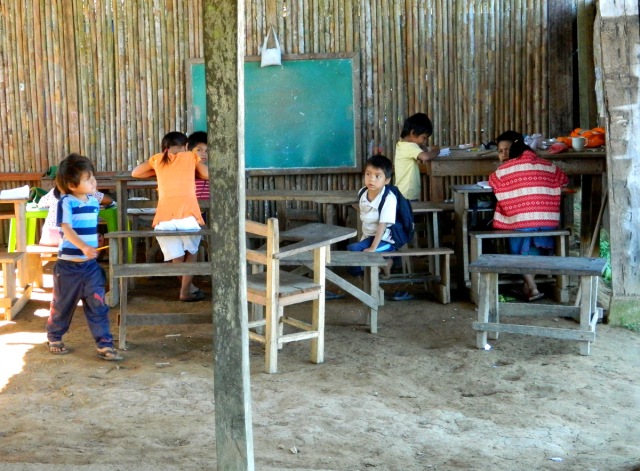 But it was also useful that we hung around the school because there, the children were in a group and they grew bolder. The ice (which is of course another thing these children have never seen) broke when some of the people in our group joined a football match and others sang and played with the children. 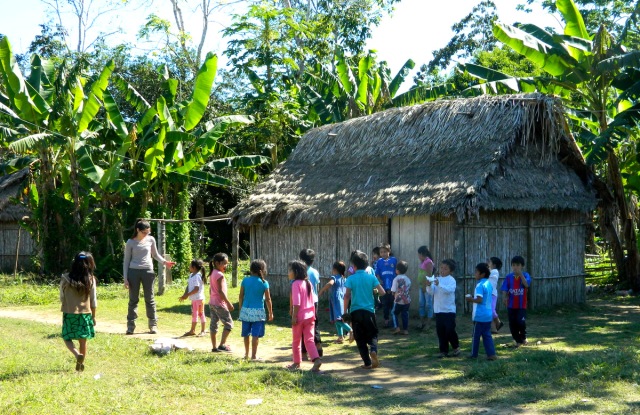 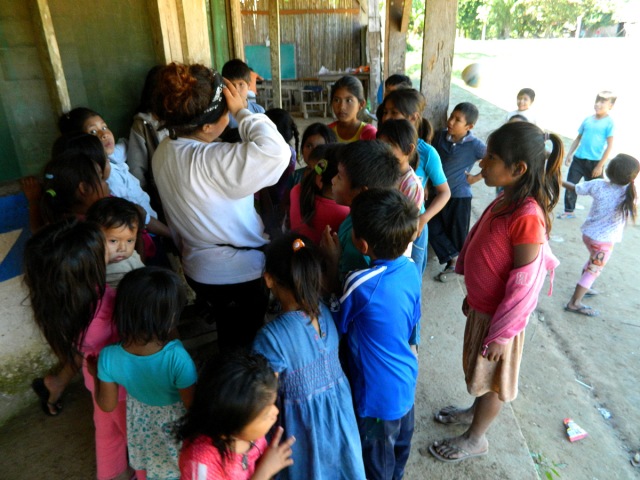 I have neither talent for football, nor for singing, nor for playing with children, so I used that opportunity to sneak into one of the empty classrooms and read a Bolivian history textbook. 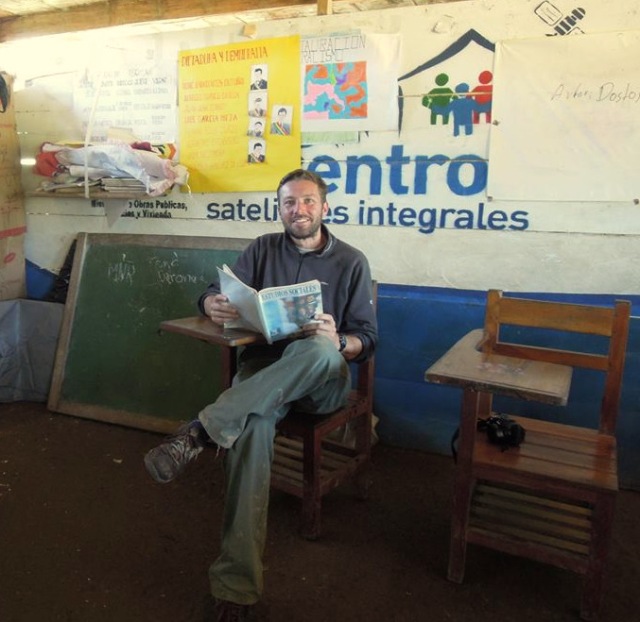 But I didn’t have much time to be surprised by the depiction of German and European history in these textbooks, because as soon as the children discovered me, I was surrounded by them. 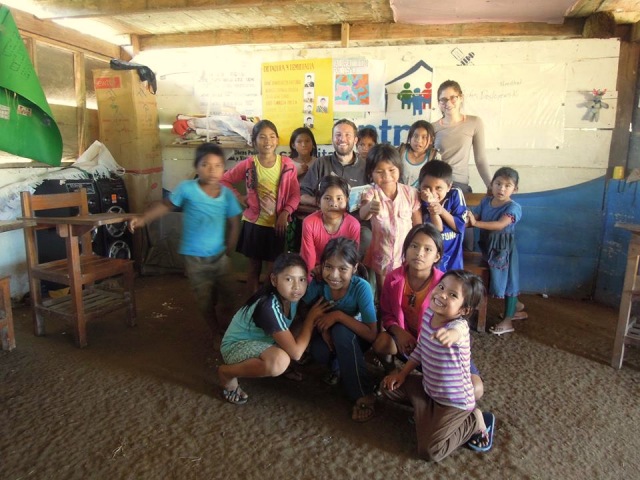 And then they surrounded the photographer to inspect the photos. 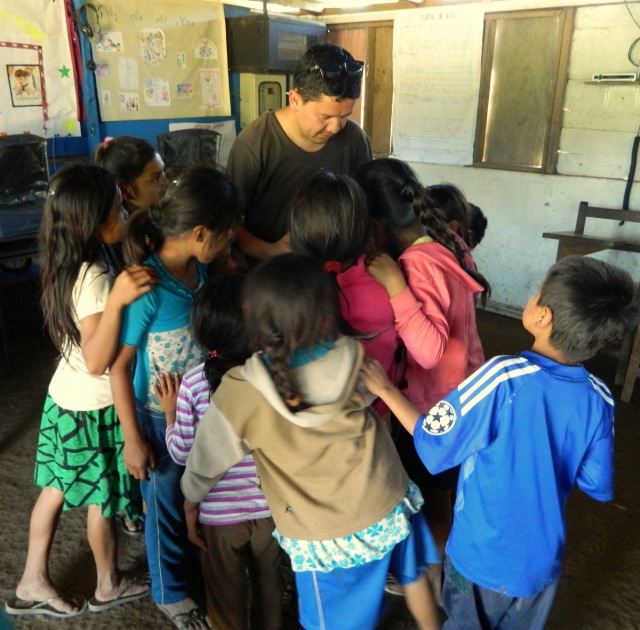 As soon as they saw someone else taking photos, they were rushing to him. Or to me, in that case. 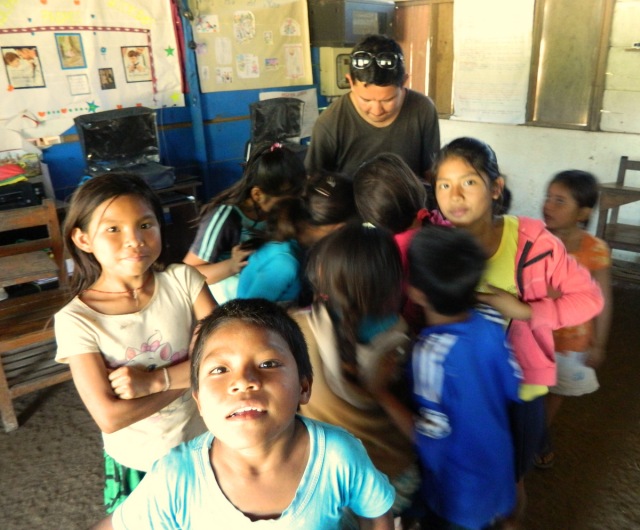 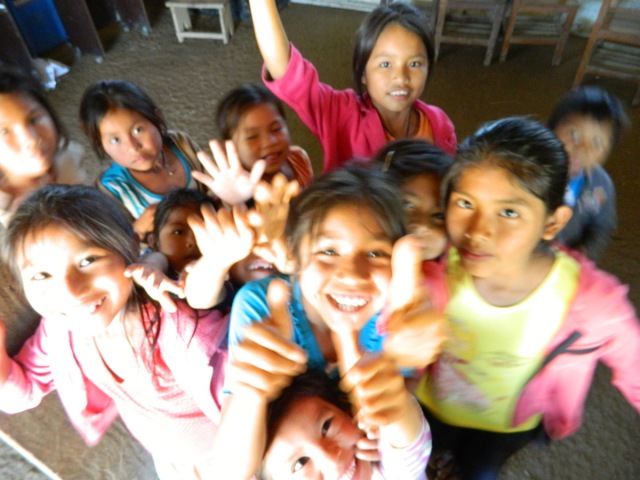 It was like a reverse paparazzi situation. As soon as the children saw me with a camera, they surrounded me with their laughter or even chased me as I tried to escape:

And these children had energy, wow! They were playing football, running around and laughing all day, no less tired after a full day of activity. What I also liked is that they had a lot of freedom. There were no over-protective parents taking them to school or picking them up or telling them what to wear. They will probably become more mature than pampered city kids. And they know how to fish, hunt, navigate the rainforest and row boats.

Travelling the world and writing about it. I have degrees in law and philosophy, but I'd much rather be a writer, a spy or a hobo.
View all posts by Andreas Moser →
This entry was posted in Bolivia, Photography, Travel, Video Blog and tagged Buen Pastor, children, Tipnis. Bookmark the permalink.

11 Responses to The Children of the Jungle