Not only New York has a Statue of Liberty. So does Potosí in Bolivia. 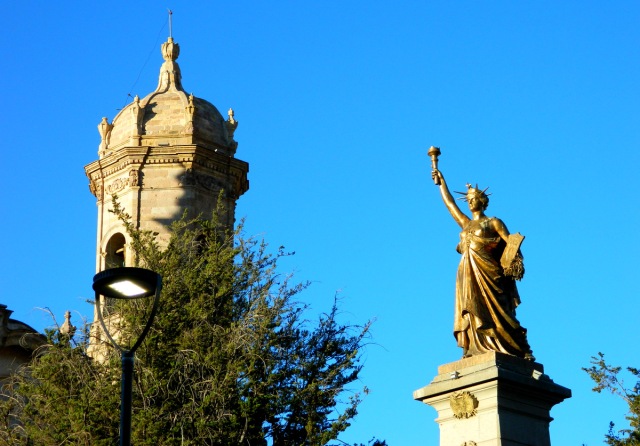 This one is no replica of the famous sister, but an original creation in its own right. Yet sisters they are, for they have the same father: Frédéric Auguste Bartholdi was the architect of both Statues of Liberty, and in fact many more around the world. The one in Potosí was erected in 1890, only four years after the one in New York had been inaugurated.

But even the combination of Ladies Liberty and Justice cannot deliver either to the miners still working under inhumane conditions in the mines of Cerro Rico in the background. 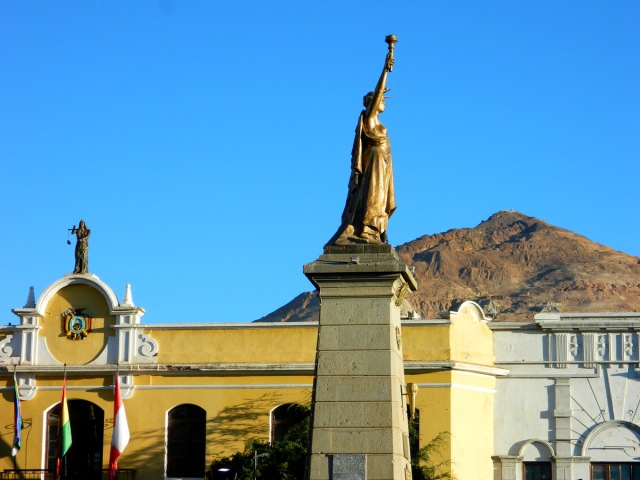 Travelling the world and writing about it. I have degrees in law and philosophy, but I'd much rather be a writer, a spy or a hobo.
View all posts by Andreas Moser →
This entry was posted in Bolivia, History, Photography, Travel, USA and tagged Cerro Rico, New York, Potosi. Bookmark the permalink.

8 Responses to Lady Liberty in Bolivia