There are places where everyone wanted to visit me while I lived there. Sicily was such a place. Particularly after they learned that I lived right by the beach, almost every week relatives and friends wanted to come over .

In other places, I am almost not being bothered at all. Romania is such a country. Almost nobody is able to even find Târgu Mureș on a map. “Why would I want to go to Romania?” they wonder and ask, displaying their lack of geographical, historical and cultural knowledge, thereby missing out on a lot, not least mountains like these. 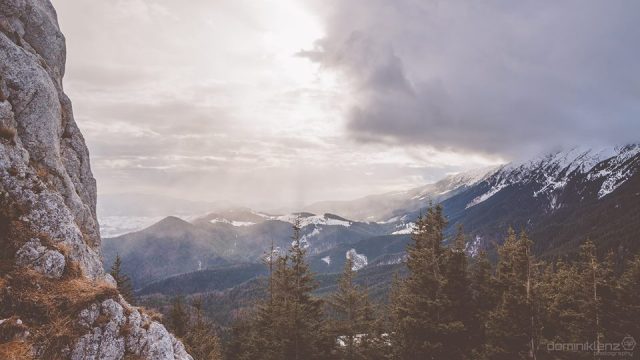 These photos were taken by my brother during our ascent of Piatra Mică, which at 1,816 m is not Romanian’s highest, but its steepest mountain. Don’t be scared though, even my 65-year old mother managed it, so you can do it too!

Travelling the world and writing about it. I have degrees in law and philosophy, but I'd much rather be a writer, a spy or a hobo.
View all posts by Andreas Moser →
This entry was posted in Photography, Romania, Travel and tagged mountains. Bookmark the permalink.

9 Responses to Mountains in Romania