“In the Sea there are Crocodiles” by Fabio Geda

Every week now, thousands of refugees make it to Europe. Thousands die trying. In debates on immigration, refugees are referred to by the numbers in which they arrive, in economic or in legal terms.

It’s time to read the account of one of these refugees themselves. Even better when he is an observant boy who fled Afghanistan (alone) when he was 10 years old and who recounts the story of the odyssey that took him to Pakistan, Iran, Turkey, Greece and finally to Italy 6 years after. 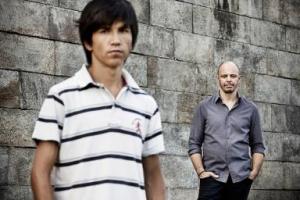 Enaiatollah Akbari was lucky to survive this harrowing journey, during which he came across many who wouldn’t. We as readers are lucky that, once in Italy, he met Fabio Geda who transformed the boy’s story into “In the Sea there are Crocodiles“.

He does not want to leave Afghanistan for economic reasons. He is a Hazara and as such is persecuted and threatened by the Pashtun and the Taliban in Afghanistan. One day the “longbeards”, as the boy calls them, come to his school and shoot the teacher in front of all the children. That’s the end of that school. At home, he and his brother are hiding in a hole in the ground whenever a stranger approaches the house. In fact, Enaiatollah doesn’t want to leave Afghanistan at all. It is his mother’s idea when he becomes too big to hide in the hole. She takes him to Quetta in Pakistan and leaves him there alone, hoping that he will be safe and that he will survive. She has to return to his younger brother in Afghanistan.

All of this was at a time when nobody cared about Afghanistan. It was before 2001, before 19 Saudi men hijacked 4 planes and killed 2,977 people, putting Afghanistan on the world’s map. Enaiatollah remembers 11 September 2001. He was already in Iran at that time, where he had crossed illegally from Pakistan in search of a better life. He was working on a construction site and thought that something was wrong with the little black-and-white TV because each of the channels showed the same “film” of planes hitting skyscrapers.

His journey was not straightforward. He was picked up by the police in Iran three times, and deported to Afghanistan three times. Three times, he decided and managed to return to Iran. Overall he spent three years there, almost exclusively among other Afghan men and boys who work on construction sites or stone quarries. He was in Isfahan for several months, but never saw anything of the city, although he had heard that it is beautiful (which is true, I can say, having been there myself), because he and the other refugees slept and lived on the construction site for fear of running into the arms of the police.

After being kicked out of Iran for the third time, Enaiatollah decides to move further west. In winter, he walks across the mountains to Turkey with a group led by traffickers. They walk for 26 days. At one point, he takes the shoes of a frozen body they encounter in the mountains. In the end, “twelve, of the group of twenty-seven, had died during the walk […] and I hadn’t even noticed.” 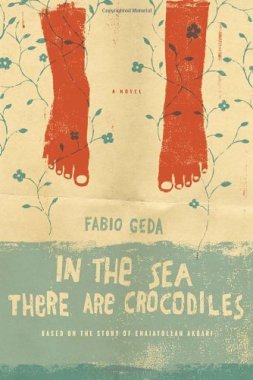 Turkey is not the final destination, but Enaiatollah didn’t save enough money for the passage to Greece. He is a very clever boy though and tells the four passengers of the small rowing dinghy that they need him because he can speak English. They ask him to prove it. He utters the words “house”, “port” and “ship” and is accepted by his impressed peers. At 15 or 16 (he doesn’t know his exact age), he is the oldest boy on the boat. The youngest is 12. Five children/teenagers who have never been to the sea and try to drink salt water (they think it’s poisoned to stop illegals from crossing the sea). Of course most of them don’t know how to swim. They don’t know how to row either. First they all row on the same side of the boat, making it turn in a circle and hit a rock.

The boat ride from Turkey to Greece is an example for the tone of the whole book. Funny observations, explanations and thoughts (the boys are afraid of sneezing because they are sure it can be picked up by the radar of the Coast Guard; they are wondering if they are rowing uphill because the current keeps driving them back) go hand in hand with dramatic moments (one of the boys falls out of the boat and perishes). There is either heart-break or something heart-warming on almost every page. The story is told from Enaiatollah’s perspective and he speaks directly to the reader, at times asking questions or even giving advice. His witty, youthful tone reminded me of another great teenage character: Holden Caulfield in “The Catcher in the Rye“.

The adventurous journey continues, across many obstacles, through Greece – where Enaiatollah is lucky to be during the preparation for the 2004 Olympics, when undocumented labor was in demand – and finally to Italy, where he finds his new home, a friendly foster family and – again with impressive wit – manages to convince the asylum hearing board to grant him asylum.

But regardless of the immigration/asylum/refugee status, someone who went through such a journey really deserves to live in Europe or wherever they managed to swim, crawl or climb to. Much more so than all the people like me who just happen to live here by accident.

What the author says about this review:

(This book review was also published by Medium.)

Travelling the world and writing about it. I have degrees in law and philosophy, but I'd much rather be a writer, a spy or a hobo.
View all posts by Andreas Moser →
This entry was posted in Afghanistan, Books, Europe, Human Rights, Immigration Law, Iran, Italy, Life, Terrorism, Travel and tagged immigration, refugees. Bookmark the permalink.