Iran chickening out of 2012 Olympics?

Iran has threatened to boycott the 2012 Summer Olympics in London because the logo of the games resembles the world “Zion”. Iran has now complained to the International Olympic Committee – 4 years after the logo was launched.

But see for yourself: 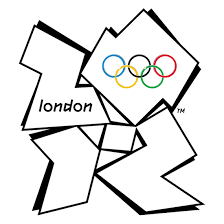 To me, the logo looks more like Lisa Simpson giving head. (An interpretation which the Islamic Republic of Iran probably finds only slightly less evil than anything that smacks of Zionism.)

Might Iran simply be looking for an excuse to avoid any athletic competition after its recent showings in chess and weightlifting, where Iranians were outplayed by Israelis respectively?

Travelling the world and writing about it. I have degrees in law and philosophy, but I'd much rather be a writer, a spy or a hobo.
View all posts by Andreas Moser →
This entry was posted in Iran, Israel, London, Politics, Sports, UK and tagged competition, Erez Israel, Islamic Republic of Iran, Lisa Simpson, London Olympics, Olympic logo, Olympics, oral sex, Summer Olympics. Bookmark the permalink.

11 Responses to Iran chickening out of 2012 Olympics?