This kind of job always ended up with me.

Maybe I didn’t put up enough of a fight. Maybe my silent and thoughtful manner got mistaken for sadness, thought to be a suitable attribute for this particular line of work. Maybe it was the fact that I had been sent on similar missions in the past, from which I had returned unscathed, at least outwardly, each time. Maybe I had never quite shaken off the aura of my cover in Ecuador, where I had been a priest. Or maybe even I thought that I was the best person to do it.

“Moser will go,” Fletcher summed up the consensus. The nature of the mission suggested that this order meant to go immediately. “Take Williams with you,” the boss said in lieu of wishing me good luck, which, in any case, might have been an inappropriate farewell on yet another mission for Queen and country.

Not that I needed a partner, but it was a rule. The reason for that rule, if ever there been one, I didn’t remember. Maybe the office was concerned that the bearer of bad news would be assaulted. Personally, I was more worried about freshly widowed ladies throwing themselves into my arms. Women sometimes did crazy things in my presence.

There are probably some theories as to whether it is easier depending on one having known or not having known the deceased and/or his wife. (Equality had not yet spread enough that I ever had to visit a surviving husband or same-sex partner.) In this case, I knew Grier, had worked with him, had even developed a professional friendship. I didn’t know his wife, but knew that they had children. I just hoped that they were either at school at this time of the day or too young to understand anything. For the thousandth time in my life, I wondered why anyone would want children.

While I was pondering these thoughts, Williams did his job as best as he could, it has to be pointed out: by silently walking next to me, helpfully, almost subserviently pushing the button at each pedestrian crossing on the short walk to the other side of the river, where Grier had lived but never invited me home. It was a professional deformation of sorts, to not let anybody too close into what little was left of our private lives.

I cleaned the sweat from my hands with a handkerchief before I pressed the bell for “Grier”. At least they wouldn’t need to take off his first name.

The woman who opened the door was dressed too neat for a housewife and had a friendly, seemingly genuine smile. “Yes?”, she inquired. She had no idea.

“Mrs Grier, we are from your husband’s work. Could we come inside for a minute?” Often, it really didn’t take longer. Less time than you need to get rid of Jehova’s Witnesses.

“Would you mind if I called him first?”, she asked, expressing first signs of disconcertment.

“I am afraid that is no longer possible,” I replied, almost thankful to her for giving me this opportunity to break the news. “That is what we wanted to talk to you about.”

“Oh no,” her right hand covering her open mouth too late to hide two gold teeth in the back. She beckoned us to enter and advance to the living room, where we sat on the couch without removing our coats.

“Mrs Grier, we are very sorry to inform you that your husband had an accident this morning.” She didn’t ask, so I had to go on, unprompted. “He did not survive it.”

With two strangers sitting in one’s flat, people rarely burst into tears or other drama. Mrs. Grier kind of fell together, becoming smaller, paler, grayer, older, frailer from one second to the next. Again, she clasped her mouth, lowering her head and her gaze. Behind her, on the mantelpiece above the fireplace, I spotted a family portrait. A man, a woman and two girls.

The last thing I wanted to do was to prolong our presence in the home of a family that had endured an unexpected loss. Well, as unexpected as it could be, working for the intelligence service.

Which led me to the most delicate part of the conversation. “Mrs Grier, what exactly did your husband tell you about his work?”

“Why, he talked about it all the time.” Her face brightened up a bit, as both Williams and me must have looked as shocked as if we, too, had died that morning. “He likes the children, and he loves teaching French. He adores everything about France.”

Williams looked as if he was about to get sick and I too wanted to get out of that flat as quickly as possible. While Grier’s position had obviously required a high degree of confidentiality, it was actually none of the jobs that asked for the invention of a complete cover for the agent’s family. Such jobs were reserved for bachelors, as I knew only too well.

But there was one last thing.

“That photo behind you, was that also taken in France?”, I asked.

“Yes, we were in Brittany this summer,” she sighed, the memory bringing a flicker of joy into her gray-blue eyes.

By the time we left the flat, it had begun to snow, as if to symbolize that the few minutes had aged me by months. But I needed to walk. And to think. And to make a decision.

“Did you know Grier?”, I asked Williams.

“No,” he said, sounding dutifully sad, having missed the chance to work with one of our finest men.

That gave me ten more minutes to come up with a decision.

The man on the photograph wasn’t Grier. At least not the Grier I had known and whose body had been found this morning on a bench on the Curonian Spit, close to the border between Lithuania and Kaliningrad. Frozen to death, but possibly poisoned. To add pressure to problems, if the real Grier was a teacher, he would be home in a few hours. 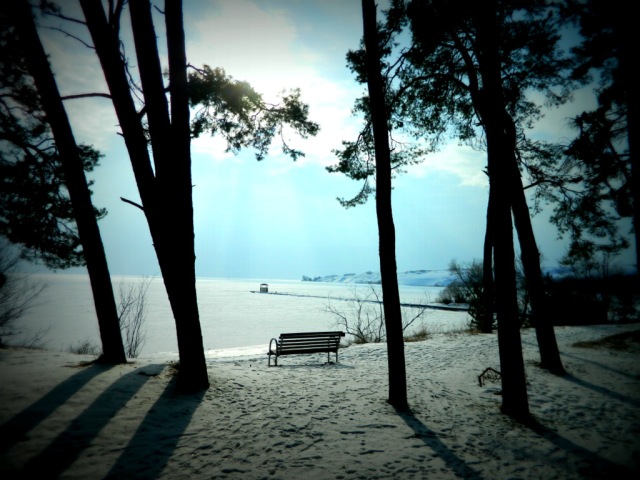 (This story was also published in Medium.)

Travelling the world and writing about it. I have degrees in law and philosophy, but I'd much rather be a writer, a spy or a hobo.
View all posts by Andreas Moser →
This entry was posted in Travel and tagged espionage. Bookmark the permalink.

7 Responses to Don’t blame the messenger!