In the article about Humberstone, I had already shown a few of the placards which I found in the museum there.

Most of them were from the first decades of the 20th century. I quite like the graphic design and typography of that era. Another interesting aspect is the range of languages, from Arabic to Chinese. Globalization is nothing new, it seems. 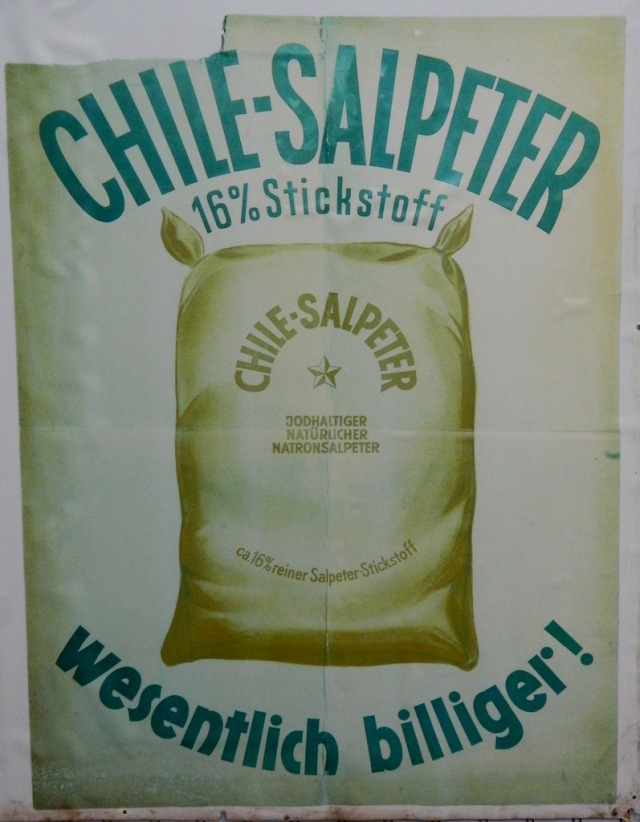 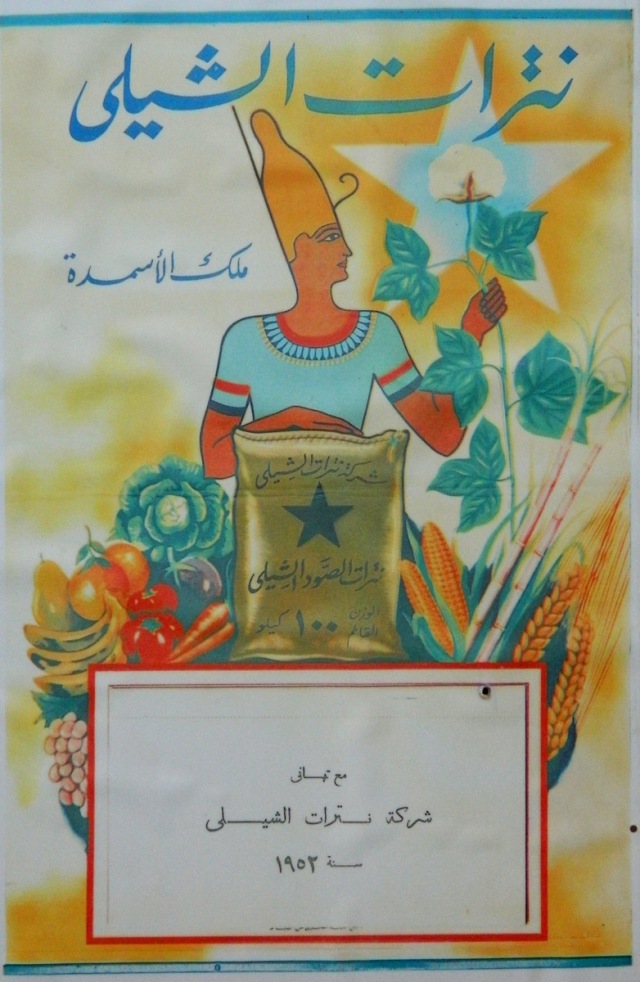 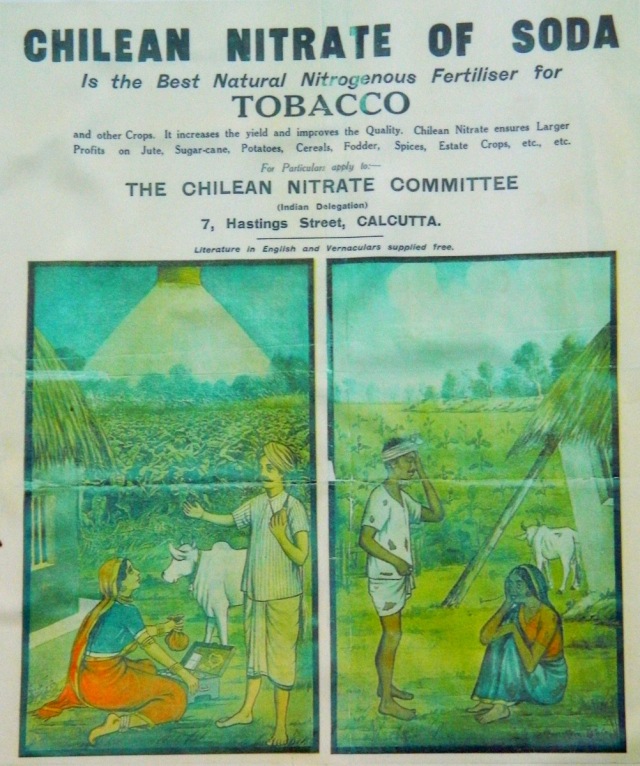 Tobacco wasn’t frowned upon yet. 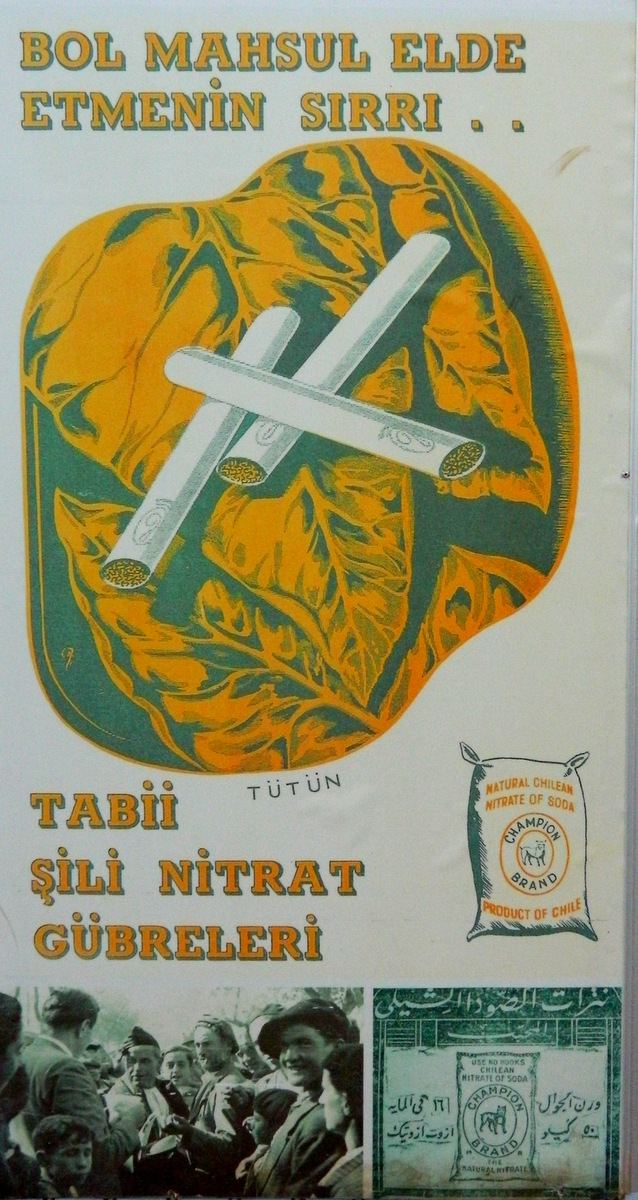 The ads are dominated by information or naturalist depictions of sowing, harvesting and agricultural products. But some posters utilize drawings of attractive ladies who have nothing to do with the product at all. Until today, commercial artists lacking creativity apply this method to sell anything from cars to chainsaws. 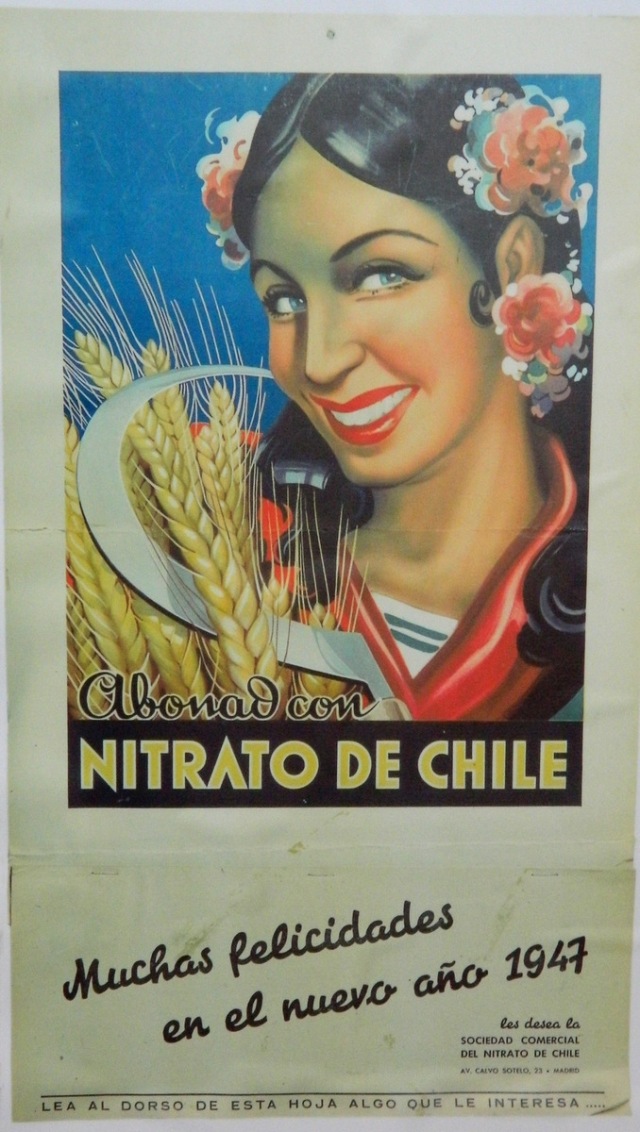 But this doesn’t work in all markets and cultural sensitivities have to be considered. Particularly German customers prefer figures, charts and statistics. For them, there was this poster from the very early 20th century which illustrated how the use of saltpeter from Chile greatly increased the apple harvest.

An early form of the infographic, one could say.

But farmers in the Netherlands received something even more modern: an infomercial pressed on a record.

Travelling the world and writing about it. I have degrees in law and philosophy, but I'd much rather be a writer, a spy or a hobo.
View all posts by Andreas Moser →
This entry was posted in Chile, Economics, History, Photography, Travel and tagged design, globalization, Humberstone, infographic. Bookmark the permalink.