Cuba, before the Americans are coming

As soon as I had announced that I would move to Latin America, the unsolicited advice began knocking on my door. From all four corners of the world, the recommendations arrived, yet they were so identical as if they were based on one and the same script: “Go to Cuba before the Americans are coming!”

That warning carries on the romanticization of the only dictatorship in the Western hemisphere, which despite censorship, oppression, imprisonment and travel bans continuously evokes nothing more than images of old road cruisers (US-American models, mind you), palm trees, cigars, decaying houses and dancing people. I am sick of these high-gloss magazine articles from Havana, portraying a paradise, while opponents of the regime and journalists are roasting in Cuban prisons. Reading newspapers or books or watching the news apparently are not activities that any traveler to the Caribbean can be bothered with. Travel broadens the mind? Not like this.

When I inquire with the prophets of doom what specifically they fear from an opening of Cuba, the answer comes almost in unison: “Then even Havana will have a McDonalds and a Starbucks.” – Oh what a terrible thought! Of course this weighs more heavily than freedom of speech, freedom to travel and separation of powers. As far as I know, in no country with McDonalds restaurants is anyone being forced to eat there.

The culinary pessimists ultimately accept the suffering of a foreign population to satisfy their own desire for a museum island caught in the past. With the same argument, we could have denied the path to democracy, freedom and prosperity to one of the communist countries in Eastern Europe. (Eastern Germany because of its iconic nude beaches? Romania because of its cute orphans?) Maybe the United States could re-convert one of the far too many states into an antebellum Southern slave-owning state for the benefit of tourists and history aficionados? I guess Mississippi would lend itself to that.

It cannot be the purpose of human beings to remain poor and unfree for the edification of occasional visitors and consumers of TV documentaries.

The fact that both the Cuban government and the Cuban population have welcomed the rapprochement between Cuba and the United States should be food for thought even for Cuba apologists. And you can have this food for thought before any American fast-food chain will open their first franchise. The people in Cuba celebrated when they heard President Obama’s message about the resumption of diplomatic ties. 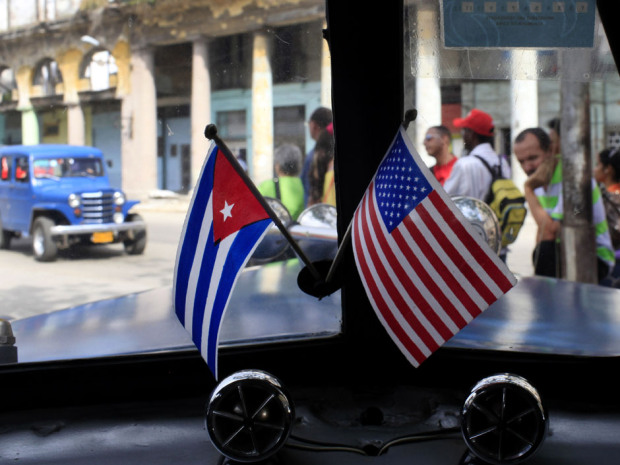 A Cuba Libre has a substantial part of Coca Cola. It’s not to its disadvantage at all.

Travelling the world and writing about it. I have degrees in law and philosophy, but I'd much rather be a writer, a spy or a hobo.
View all posts by Andreas Moser →
This entry was posted in Cuba, Human Rights, Politics, Travel, USA. Bookmark the permalink.

13 Responses to Cuba, before the Americans are coming