Three years after the European Union won the Nobel Peace Prize, we have mass graves in Europe again. But it’s easier to ignore them now, because this time they are at the bottom of the sea.

In a laboratory at the University of Milan, scientists go through the gruesome task of trying to identify the victims, a scene which we last saw after the wars in Yugoslavia. 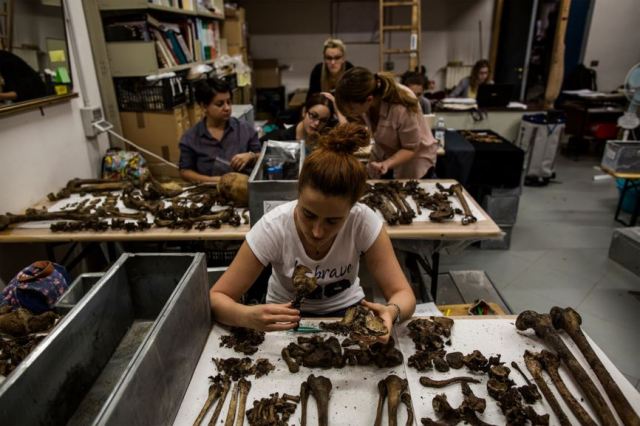 Travelling the world and writing about it. I have degrees in law and philosophy, but I'd much rather be a writer, a spy or a hobo.
View all posts by Andreas Moser →
This entry was posted in Human Rights, Italy, Politics and tagged Human Rights, refugees. Bookmark the permalink.

4 Responses to Mass Graves in Europe