The appeal of the political outsiders

The three Republican candidates who have never held any elected office before, Donald Trump, Ben Carson and Carly Fiorina, now poll – taken together – at more than 50%. 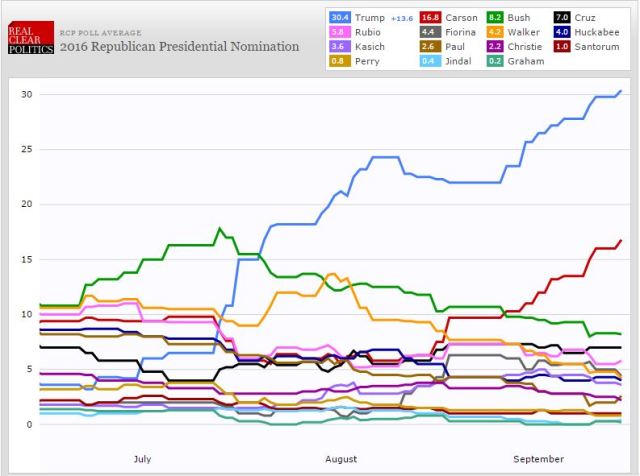 More than half of Republican primary voters seem to think that experience as a governor, senator or congressperson is overrated, or even a negative factor. I wonder if these are the same people who said that President Obama had no executive and little legislative experience when he became president. I also wonder if they’d let me operate their tumors, repair their cars or cut their hair if I advertise myself as “not being part of the system”.

Well, good luck with that! The last time the Republicans (or indeed any major party in the US) chose a businessperson with no political experience as its presidential nominee was in 1940.

How did it go? Well, do you remember Wendell Willkie?

No? Hmm, probably because he didn’t win.

Travelling the world and writing about it. I have degrees in law and philosophy, but I'd much rather be a writer, a spy or a hobo.
View all posts by Andreas Moser →
This entry was posted in Elections, History, Politics, Statistics, USA. Bookmark the permalink.

1 Response to The appeal of the political outsiders