When I am looking for a quiet place to read, there aren’t as many options available as it may seem: In the park, noisy children are playing. In the forest, man-eating bears are roaming. At the library, some of the girls are distracting.

That’s how I took to the thought of hanging out at cemeteries. Not at active cemeteries where I might disturb a funeral or fall into a dug-out grave, but old cemeteries which haven’t been visited by anyone in a long time. Forgotten cemeteries. Cemeteries that in a way died themselves. Like the Ottoman cemetery in Bitola in Macedonia or the German military cemetery in Vilnius, Lithuania, which is now a leafy, shadowy park.

In Târgu Mureș in Romania, where I currently live, I stumbled upon a Soviet military cemetery. If you have already traveled in Eastern Europe, you will recognize the standard architecture which has been used hundreds of times. 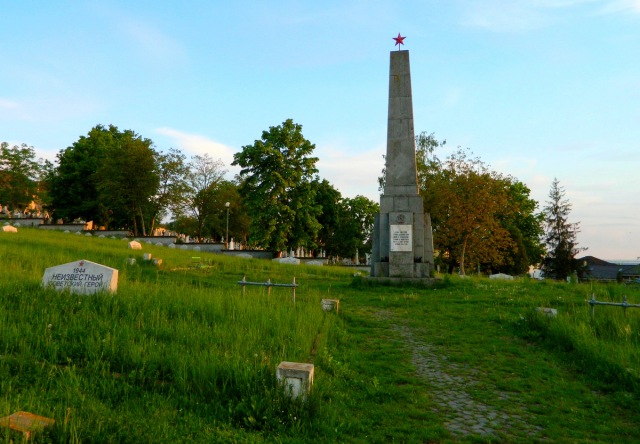 The cemetery is indeed as deserted as it looks. One reason is its location on a steep hillside which puts an arduous climb before any commemoration. The other reason is that in these future-bound, forward-looking times nobody wants to remember what happened 70 years ago.

Even on 8 May, the anniversary of the end of World War II, no wreaths were laid, no speeches made, no anthems sung. Only a few geraniums in black plastic pots had been deposited by someone. 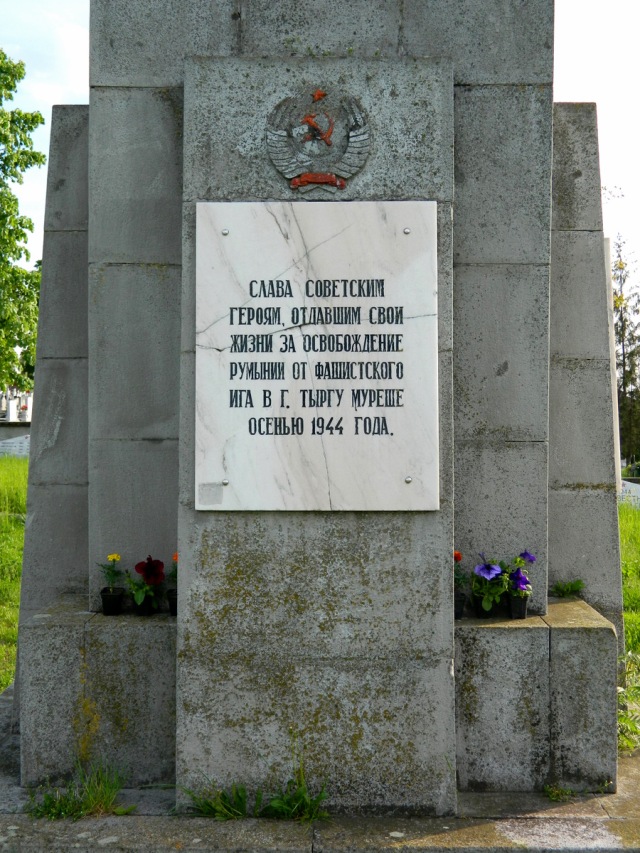 Siting on one of the decaying wooden benches, I contemplate how much depends even nowadays on whether you were born east or west of that line where the Western Allies or the Red Army stood in May 1945. In Eastern Europe, the memory of the liberation is understandably marred by the memory of the 45 ensuing years of communism, yet this often overlooks cause and effect. If you go to bed with the Nazis, like Romania did, then you gotta be liberated.

For Jews, Roma and other persecuted people who were hiding in cellars or attics (if they hadn’t been deported or murdered already), the chattering engines and rumbling chains of Soviet tanks did primarily announce liberty.

For that reason and because numerically they bore the largest burden in liberating Europe from the fascists, I do find it appropriate to commemorate the Soviet soldiers who are buried here.

Travelling the world and writing about it. I have degrees in law and philosophy, but I'd much rather be a writer, a spy or a hobo.
View all posts by Andreas Moser →
This entry was posted in Death, History, Photography, Romania, Travel, World War II and tagged cemetery, Targu Mures. Bookmark the permalink.

3 Responses to The Soviet Military Cemetery