An Airport is Born

Mexico City needs a new airport like it needs more people, but somebody managed to convince someone else that they needed to spend $9.15 billion (an amount which will of course double or treble, as with any other public procurement project) to build a fancy new airport, bringing yet more people to a crowded, polluted, smoggy city of more than 8 million.

Even worse, this is what the architects came up with: 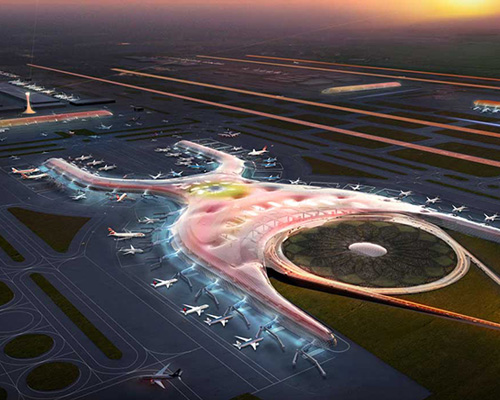 I certainly won’t fly to an airport that looks like a woman giving birth. I’ll rather take the train.

Travelling the world and writing about it. I have degrees in law and philosophy, but I'd much rather be a writer, a spy or a hobo.
View all posts by Andreas Moser →
This entry was posted in Mexico, Travel and tagged airport, architecture. Bookmark the permalink.

11 Responses to An Airport is Born