As I am currently stranded on a far-away island myself, people have been making references to “Cast Away”, Chuck Noland and Wilson. The references seemed to increase as my Robinsonade persisted and my beard grew. 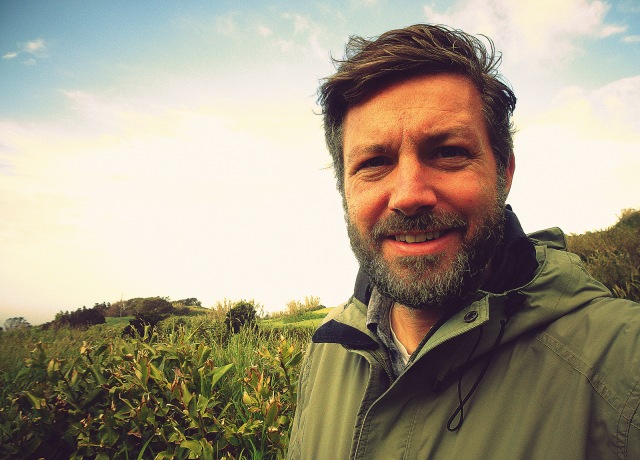 Finally, I felt like I had to watch the movie.

What a waste of time!

First of all, is this some bloody FedEx commercial? It sure seems like it. Even when Chuck is stranded on the island, packages continue to arrive. He is supposed to be on a deserted island, with nobody knowing where he is. That’s the point of the whole movie! How would anyone send him packages? This is not how FedEx, any other mail carrier or oceanic water currents work. 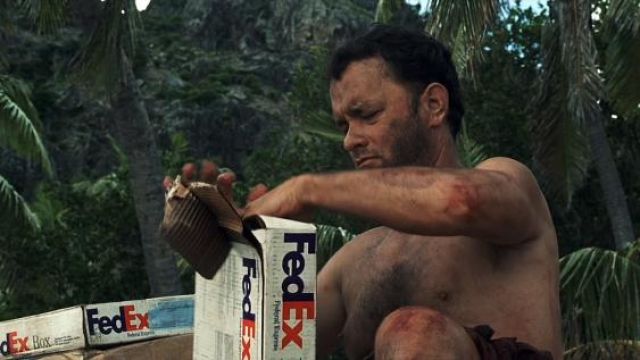 Let me call bullshit on that, because I’ve been sitting on an island for months and I haven’t gotten a single package! (Although people know where I am and I have a wishlist of books.)

Then he somehow survives for four years. Without a sunburn. Not very realistic. I have had to find water and food on islands, and I can tell you: Banana trees don’t produce new bananas every morning. There is not enough rain every day to have sweet water. And a lot of the fish will eat you before you can eat the fish.

And why, for fried fish’s sake, can’t we have one disaster movie without a love story? Aren’t plane crashes and islands and sharks enough? Although, I have to concede one thing: The love story was at least realistic. Because the girlfriend keeps telling him that he is the love of her life, but, once he doesn’t come home from the plane trip, she gets lonely, marries and has children. After a month. That, I am sad to say, is what always happens in real life. All this “love of my life” bla bla doesn’t count for nothing if you ain’t there. It doesn’t matter if you were stranded on an island or in prison, in either case without a phone. “Well, what was I supposed to do? You didn’t message me anymore,” she will ask, putting the blame on you. “How about waiting?”, I would say, but then I seem to be too romantic to think that constant availability is a requirement for love.

Anyway, we have all experienced this in real life, we don’t need a pointless film to show us what it’s like to be punched around like a volleyball. Speaking of it, Wilson was by far the best actor in the movie.

Seriously, if you are ever on a deserted island, use the time to think of something better to do with your life than to return to your corporate job. I did.

And if you give a reception for someone who was stranded on the high seas for four years, then don’t offer him sea food! This movie was wrong on so many levels. But then, what would you expect if a shipping company gets to film a two-hour commercial?

Travelling the world and writing about it. I have degrees in law and philosophy, but I'd much rather be a writer, a spy or a hobo.
View all posts by Andreas Moser →
This entry was posted in Cinema, Travel and tagged Cinema, movies. Bookmark the permalink.

7 Responses to Film Review: “Cast Away”