It is February 14th, a day marked by mawkishness for many but a regular working day for me. Therefore, I am spending the evening in a café to read a book in the company of cake, mineral water and a cigar.

The comfortable sofas are already occupied by couples holding hands, as if they were afraid of getting lost, or like one holds the leash of a cat who would much rather roam around freely.

Two guys who can only have graduated from the conservatory in microphone and loudspeakers, if at all, are singing the cheesy songs (something with “love” and “heart” and “forever”) so badly that I would even prefer a repeat of the Eurovision Song Contest.

The girls are dandified and made up even more than usual. The boys managed to find something else than jogging pants and sneakers, for once. The tables are adorned with wine bottles, because on a special day, you need to drink something special. That the something special is the same at almost every table is a contradiction which nobody notices or which nobody is bothered about.

The truly special appearance is me, because no one else in town seems to muster the courage to leave the house and to visit a café alone. Only in pairs or quadruplets. Never as a triplet. The friends are mainly asked to come along so that everyone can photograph each other, post the photos without delay, and comment on said postings. A group of four has control over at least four mobile phones, each of them having at a minimum one Facebook, one Instagraph, one SnapApp and several WhatsUp groups, making it almost a full-time job.

I observe many couples who, on that supposedly romantic day, are having far less eye contact and conversation with each other than click and like contact with a gadget (also produced by Chinese children). If they do speak with one another, then only to shove small monitors in front of their partner’s faces and to obtain appreciative comments for the hearts added to the photos. The hearts are of course exactly the same ones as used by all other couples here and elsewhere tonight.

That’s OK. If people want to live like this, let them be. But nobody should use the word “romantic” for this kitschy, commercialized, petit-bourgeois ritual.

Those leading a romantic life don’t care what they do on February 14th. And they will care even less about how many online likes they get within an hour. 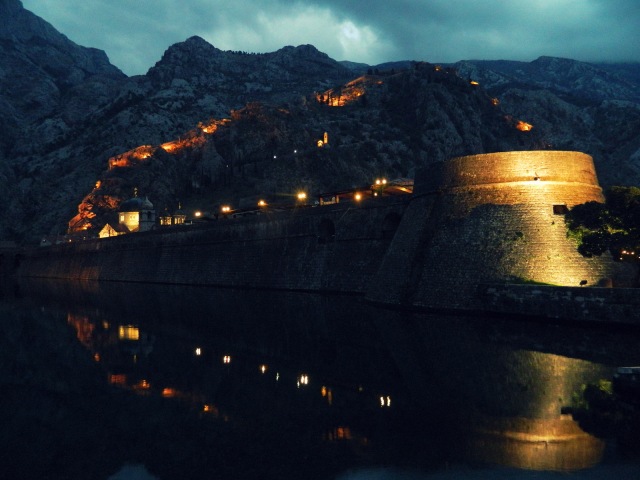 Travelling the world and writing about it. I have degrees in law and philosophy, but I'd much rather be a writer, a spy or a hobo.
View all posts by Andreas Moser →
This entry was posted in Love, Montenegro and tagged Kotor. Bookmark the permalink.

6 Responses to My Valentine’s Day