Montenegro is not “tiny”

Last night, a man threw a grenade at the US Embassy in Podgorica. Nobody was injured because it was midnight and everybody was at home. Disappointed to discover this, the man used his second grenade to blow himself up. 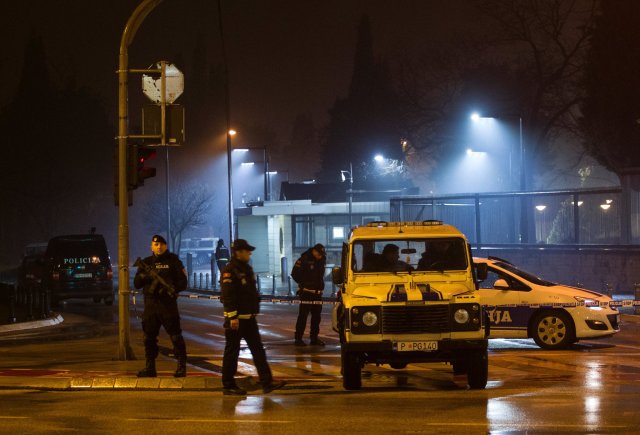 That is sad, particularly for the people who need to clean up the mess. I hope they get some extra pay.

Anyone who knows me knows how outraged I am about people making noise, whether by fireworks, church bells, music, terrorism or parties, particularly late at night. But in this case, I am almost more annoyed by the media reports about it, particularly in the US press.

They all explain that Montenegro is a country and where it is. As if nobody knew that! Anyone who has seen Casino Royale, conveniently released in 2006, just as the country became independent, knows Montenegro.

Nonetheless, I can still understand that. Better safe than sorry. Better explain it once again than have readers confuse Montenegro with Madagascar. Also, the articles need to be filled with something.

But what outrages me is that every report in the US press uses the word “tiny” to describe Montenegro.

Montenegro borders the Adriatic Sea in southeastern Europe and its capital is Podgorica. […]

The U.S. established diplomatic ties with the tiny Balkan state in 2006 after it split from much larger Serbia.

Or the New York Times:

Montenegro, one of the world’s youngest nations, is a tiny country of 640,000 nestled between Bosnia and Herzegovina, Serbia, Kosovo and Albania. It was once part of Yugoslavia; later, it became half of the nation of Serbia and Montenegro before declaring independence in 2006.

Montenegro is located in southeastern Europe and was once part of Yugoslavia.

The U.S. established diplomatic ties with the tiny nation in 2006 after it split from much larger Serbia.

First of all, what’s the informational value of that adjective?

Second, it’s not true. Montenegro is NOT tiny! If you think it is, try to walk from Herceg Novi to Bijelo Polje! Microbes, atoms and prematurely born mice are tiny, but not Montenegro.

Granted, with 13,812 square kilometers, Montenegro is no Russia or China. But there are smaller countries or states that I never see referred to as “tiny” in every newspaper report: Qatar, Jamaica, Lebanon, Puerto Rico, Rhode Island, Cyprus, Bahrain, Singapore, Delaware and of course the Vatican. Why do we not regularly read about “the tiny country of Lebanon” or the “tiny state of Delaware”?

If there is one adjective that should accompany Montenegro in every report, it’s “beautiful”.

By the way, if there will be a travel warning issued by the US State Department, you can safely ignore it. Montenegro is safe and friendly, definitely safer than the USA itself. And we all know that the State Department tends to overreact with their travel warnings (example 1, example 2).

Travelling the world and writing about it. I have degrees in law and philosophy, but I'd much rather be a writer, a spy or a hobo.
View all posts by Andreas Moser →
This entry was posted in Media, Montenegro, Terrorism, Travel, USA and tagged Podgorica. Bookmark the permalink.

28 Responses to Montenegro is not “tiny”