My house in Colombia

Bogotá is actually quite green for a large city, but I wanted only nature, without the city. So I rented a little house north of Colombia’s capital, which I reached on smaller and smaller roads, shared with a surprising number of cyclists, past gentle hills and meadows with cows. The last kilometer went straight uphill, like to a mountain hut. 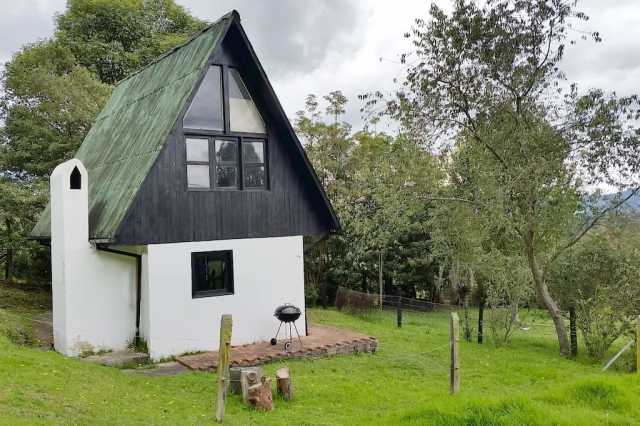 It is situated between Tenjo and Chía, both towns 6 km away, or, as the owner said “one hour and twenty minutes on foot”. And you better don’t come home too late, for there is no light in the whole valley after 6 p.m.

But when I spotted the literary corner, I was excited.

And what an impressive selection awaits me in this remote cabin: Immanuel Kant, Sigmund Freud, Hermann Hesse, William Shakespeare, Jean-Paul Sartre, Robert Musil, Viktor Frankl, Mahatma Gandhi and of course the Colombian Gabriel Garcia Marquez. Most of the books are beautifully bound editions from the 1930s to the 1950s. There must have been an intellectual hiding in the mountains at that time. 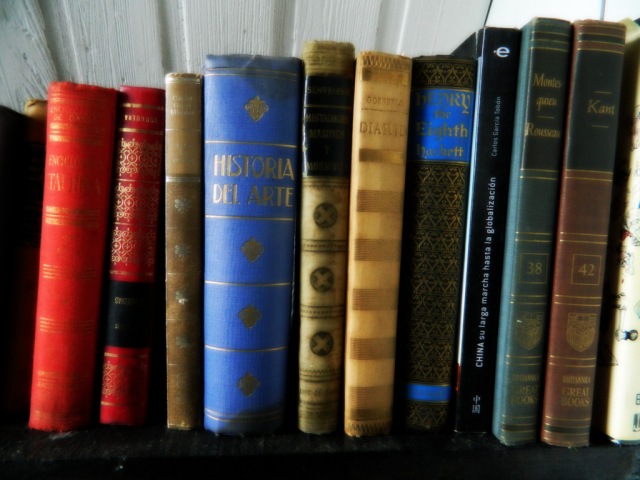 There is even a comprehensive history about the Gestapo, 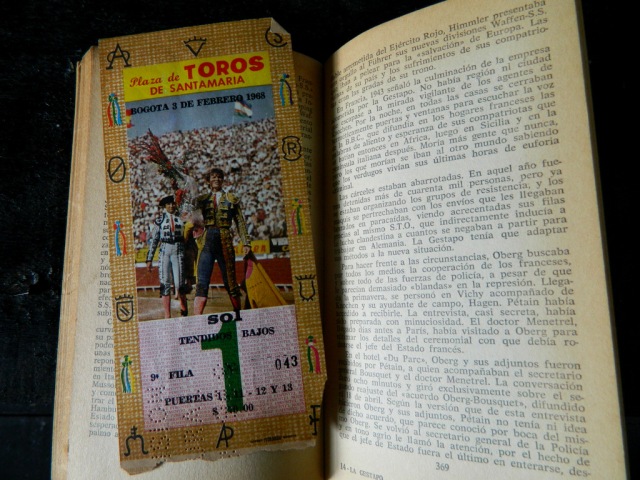 the reading of which was however already aborted on page 46, judging by the bookmark.

The bookmarks are receipts issued by Remington Rand, one of the first computer manufacturers, and dated 1955. What was going on in the Colombian mountains back then? Very mysterious.

On my desk, please note the sufficient stock of cigars on the right. When cigars cost only 0.17 dollars a piece, you don’t need to hold back. 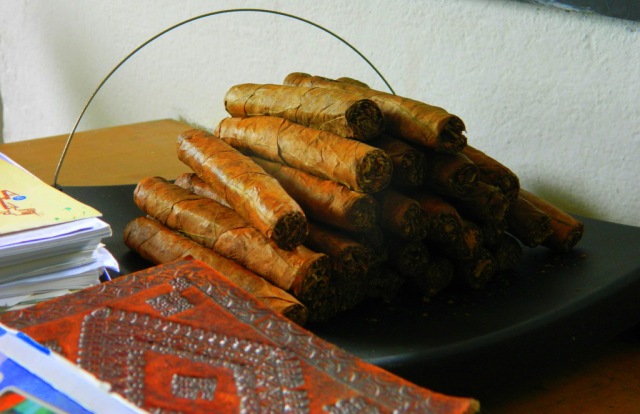 “What about the pistol next to the computer?” you are wondering. That came with the house, too. The ammo is stored under the staircase.

But the first evening came to a peaceful end, overlooking the valley whose green colors had been intensified by recent rainfall and were glistening in the setting sun.

(I found the house through AirBnB, but it doesn’t seem to be available anymore. If you register for AirBnB via this link, you will receive a discount of 35 euros, of course not only in Colombia. – Zur deutschen Fassung.)

Travelling the world and writing about it. I have degrees in law and philosophy, but I'd much rather be a writer, a spy or a hobo.
View all posts by Andreas Moser →
This entry was posted in Books, Colombia, Photography, Travel and tagged cigars, Tenjo. Bookmark the permalink.

35 Responses to My house in Colombia