The film Spotlight cited a study by Richard Sipe, according to which at least 6% of all Catholic priests are pedophiles and actively practice their “passion”. This was confirmed by the research of the Boston Globe. In my film review, I posed the question why this should be different in other dioceses than Boston and in other countries than the US.

The figure has now been confirmed in Australia. Over the past 30 years, 7% of Catholic priests have sexually abused children there. And not only priests, but members of religious orders, both monks and nuns, as well as laypeople.

Because these numbers have now been confirmed in different countries, I once more pose the question: Why should the figure be lower in other countries? It’s the same organization, with the same hiring practices, the same training, and apparently the same way to deal with pedophilia, all around the world. And we have to keep in mind that even these investigations couldn’t have brought all cases to light, that most pedophile priests abuse more than one child, sometimes dozens of them over their years of service. The number of victims is therefore much higher.

Looking only at the known cases, it is obvious that pedophile acts are widespread and that this could hardly be kept a secret within the Church. There have been systematic cover-ups. If you don’t find your country or your diocese in the list of sex abuse cases, it doesn’t mean that nothing criminal and sinister is going on. It just means that nobody has dared to speak up, that people are threatened or bribed into silence, or that the criminal justice system is not very energetic in investigating cases of child abuse by clergy. Probably, it’s even worse in South America, Africa and Asia because dioceses from North America and Europe often send known pedophile priests to “the third world” as “punishment”, obviously not considering the well-being of children living there.

It has to be stated that clearly: The greatest danger for children does not come from terrorists, wild animals or vaccines, but lurks in Catholic churches, schools, hospitals, kindergartens, homes and youth groups. If there was another organization applying for a permit to run a school and they would admit that at least 6% of their employees are pedophiles, they would never receive that permit. 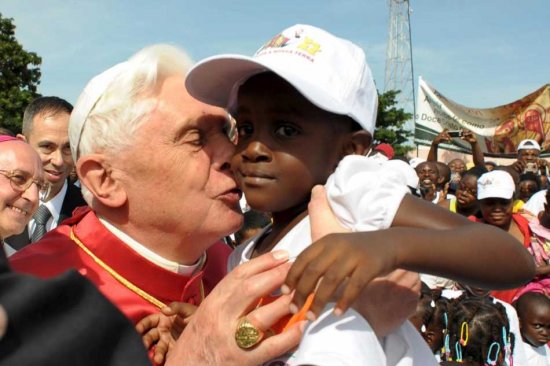 Travelling the world and writing about it. I have degrees in law and philosophy, but I'd much rather be a writer, a spy or a hobo.
View all posts by Andreas Moser →
This entry was posted in Religion and tagged Australia, Catholic church, child abuse, children, christianity, crime, criminal law, Statistics. Bookmark the permalink.