How not to get robbed in South America

“If you are going to be pick-pocketed or mugged in Brazil, Salvador is likely to be the place,”

“Don’t take anything with you when you walk around Salvador. No watch, no expensive phone, no cards, no jewelry, not even fake jewelry,”

the lady from the cruise line Pullmantur had warned on the ship before we disembarked in Salvador, scaring some of the passengers into staying on board.

Well, nothing happened to me during two weeks in Salvador, although I lived in a neighborhood that some people called dangerous, I usually walked around alone, also late at night, I went into dark alleys, I looked white and foreign, I didn’t speak Portuguese, I was wearing a watch, khaki pants and a white or blue shirt, I had a camera with me which I often carried openly, and whenever I was lost, I took out my tablet to check the GPS.

I was never assaulted, mugged or robbed, but I noticed two things happening over and over: First, Brazilians would look at me in disbelief, particularly if I was in some dark alley at night, they would look at my camera, look at me again and I could notice the “Oh my god, this guy is so stupid to walk around like this” in their eyes. Second, people called at me from their windows or balconies to not go down that way or this way, either signalling with their hands or shouting “dangerous!”. That was very caring and nice.

There is a lot of standard advice on how to behave if you get mugged:

Often, this advice comes from people who did get robbed, though, so how much can their advice be worth? Obviously, it’s bullshit. Actually, it’s not only bullshit, but it’s dangerous advice. If Europeans and North Americans repeat this mantra of “don’t resist when you get robbed in Latin America,” of course the gangsters will prefer to attack people who are obviously tourists. “Haha, these gringos, they don’t even fight back. It’s like robbing little children, hahaha!” you can imagine the bandits laughing while having a drink after a successful day. Telling people to not resist muggers is like putting a huge “Rob me!” sign on top of their heads.

As the expert in not getting robbed, let me give you my advice:

To summarize this: Don’t look scared. Don’t look like a victim. If you don’t have natural confidence, watch a James Bond film before you go out, observe the way he walks and imitate it. 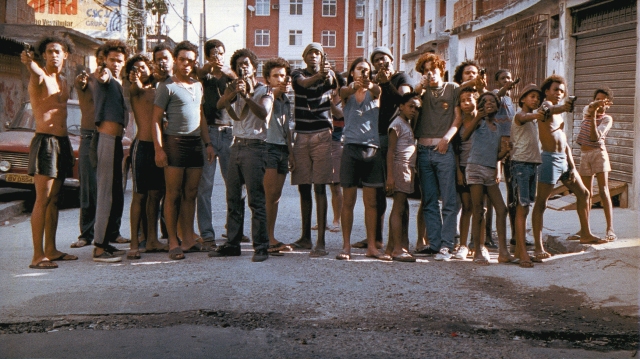 But even then, the worst-case scenario may happen. So here is my advice in case you do get robbed:

Following the argument above, even if you fight and lose, you are making everyone else safer by removing the myth that tourists are docile victims.

Travelling the world and writing about it. I have degrees in law and philosophy, but I'd much rather be a writer, a spy or a hobo.
View all posts by Andreas Moser →
This entry was posted in Brazil, Travel and tagged crime, Salvador. Bookmark the permalink.

25 Responses to How not to get robbed in South America