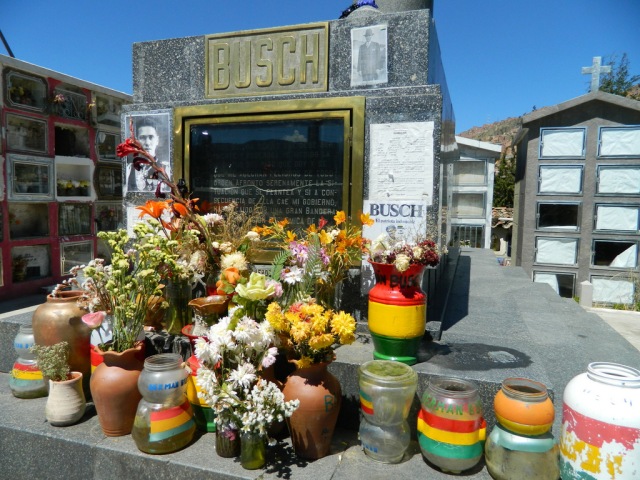 Yes, Bolivia had a President Busch, too.

The prevailing assumption is that he committed suicide. But when you consider that

this part of Bolivia’s history provides enough material for a thriller. And there would be many more incredible stories.

(Photographed at the cemetery of La Paz in Bolivia. – Zur deutschen Fassung.)

Travelling the world and writing about it. I have degrees in law and philosophy, but I'd much rather be a writer, a spy or a hobo.
View all posts by Andreas Moser →
This entry was posted in Bolivia, Germany, History, Military, Photography, Politics, USA and tagged cemetery, George Bush, German Busch, La Paz, Nazis. Bookmark the permalink.

12 Responses to President Busch is dead