Going to the Cinema in Salvador, Brazil

The other day, I wanted to go and see a movie. Luckily, there were two cinemas on the map in Avenida José Joacquim Seabra, right around the corner from where I live in Salvador, Bahia, Brazil.

The Cine Teatro Jandaia was closer, so I stopped there first. It’s a huge block of concrete, with a curious mix of fascist-brutalist and art déco style. 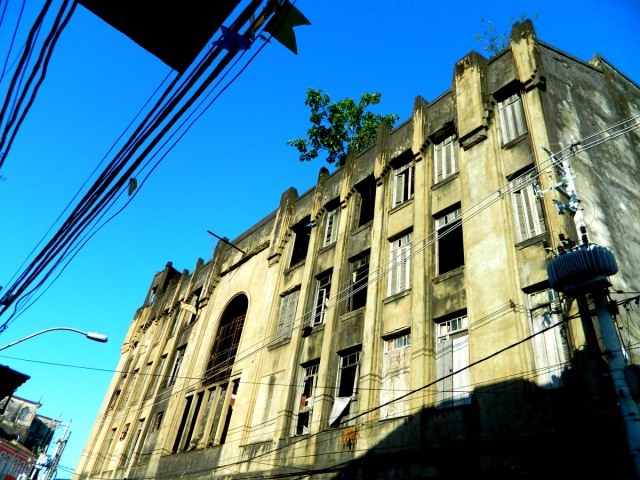 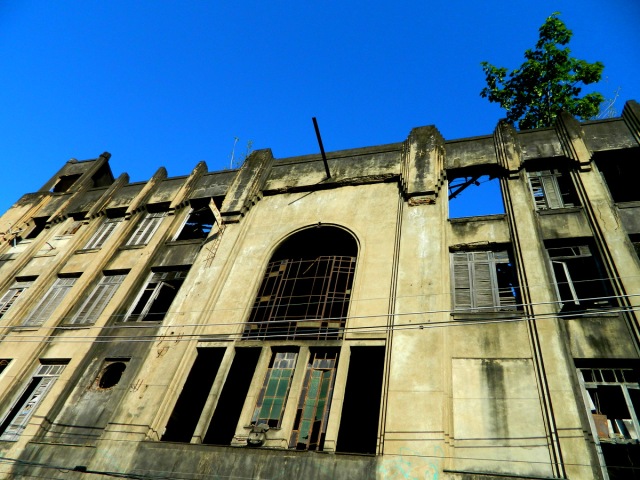 But it didn’t look very open. Or actually, it looked too open, for many of the windows were broken, half of the roof had collapsed and trees were growing inside of the building. Mind you, this is in a very busy and active shopping street, not in some deserted part of town.

Through the windows, I could get a glimpse of the grandeur that this cinema used to display. For example this large rosette on the ceiling: 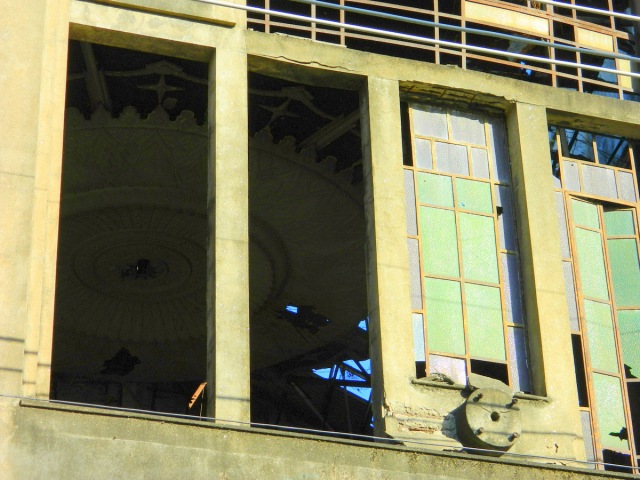 I had already become less interested in watching a movie than in the history of the Cine Teatro Jandaia itself. 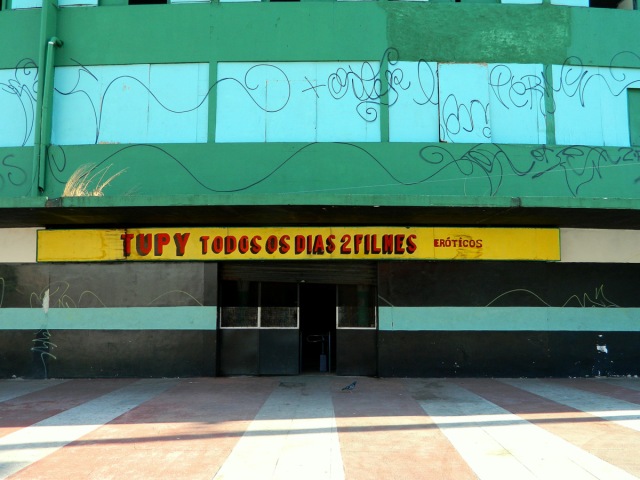 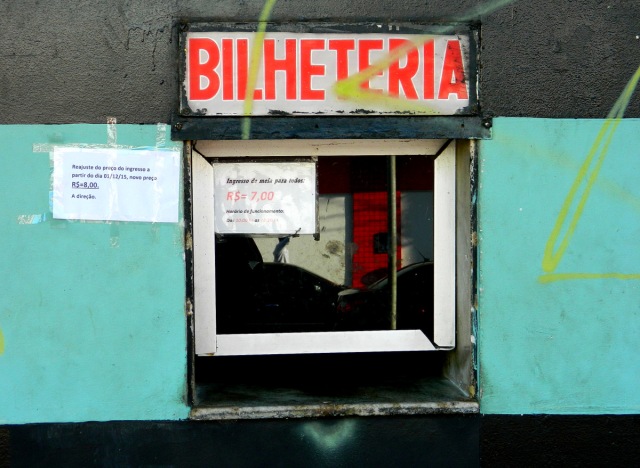 But nobody sat behind the window. There was no note announcing the times of the two daily shows (lousy marketing). And probably, I would have been to shy anyway. 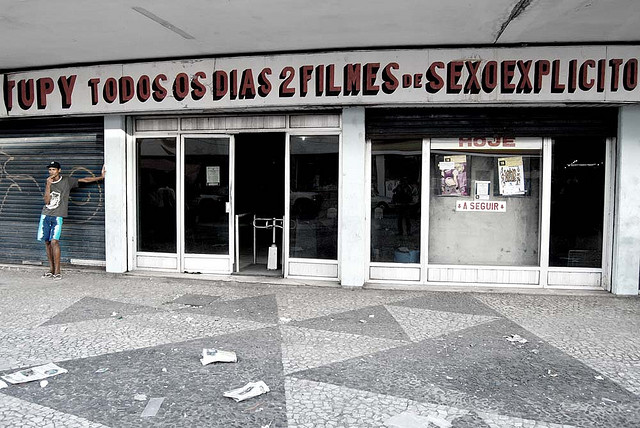 Well, maybe it has become less explicit over time.

I found some magnificent photos from the inside of this theater and one from its glory days: 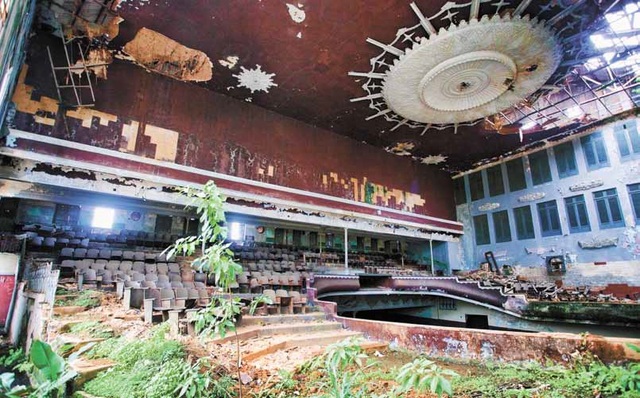 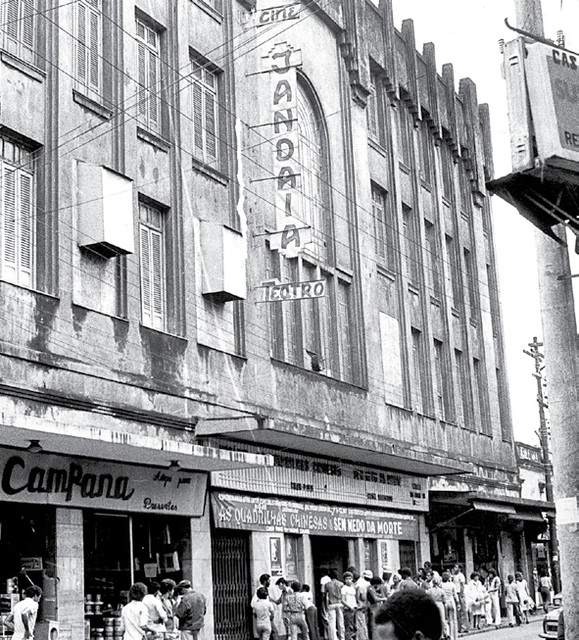 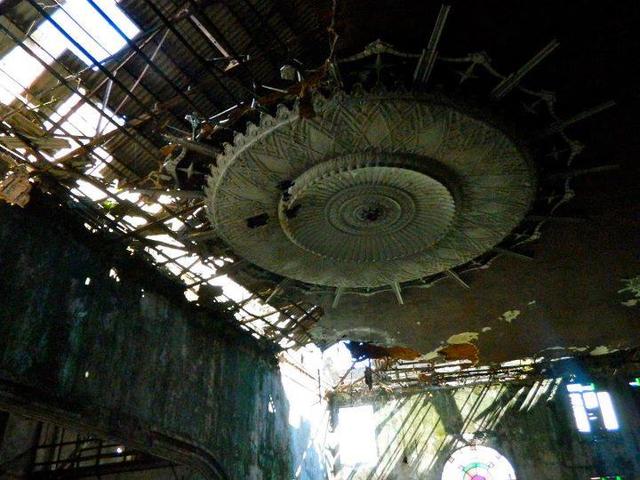 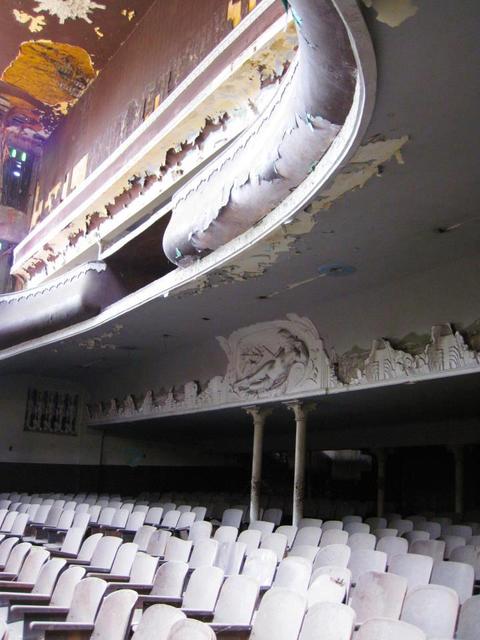 Only one screen, but 2,100 seats. The exact opposite of today’s multiplex cinemas. And possibly the reason it didn’t survive.

Travelling the world and writing about it. I have degrees in law and philosophy, but I'd much rather be a writer, a spy or a hobo.
View all posts by Andreas Moser →
This entry was posted in Brazil, Cinema, Photography, Travel and tagged Cinema, movies. Bookmark the permalink.

16 Responses to Going to the Cinema in Salvador, Brazil