How Romania got its flag

Romanians are really crazy about their flag. The blue-yellow-red banner hangs from every lamppost, in front of every building, in bakeries, doctor’s practices and in liquor stores. Because that is not enough, there is even a public holiday to celebrate the flag. 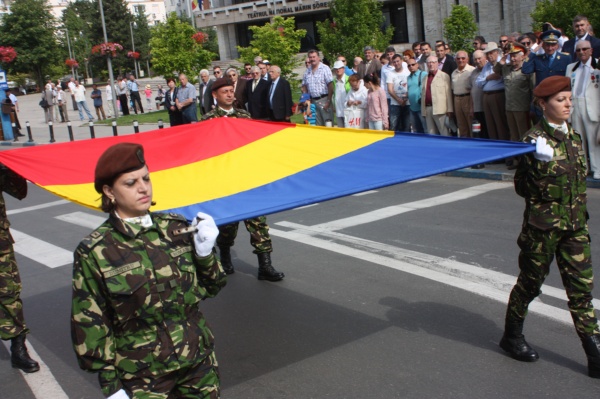 With all this pomp, I should have guessed that the real purpose is to hide something else, something bigger, something sinister. In the typical convoluted Romanian way of thinking, the constant display of oversized flags is supposed to prevent people from wondering about the origin of the flag. Because the sad truth is that the Romanian flag was stolen.

In the late 19th century, the King of Romania kept being reminded by his British and German royal and imperial cousins, friends and girlfriends that his kingdom was the only one in Europe without colonies. “Even tiny Holland has colonies,” Emperor Wilhelm used to tease King Carol, who was a rather mild-mannered man and wasn’t really interested in conquering other countries. Also, “Bessarabia” sounded exotic enough, so what did he need places like Sumatra or Madagascar for?

There was no need to go after resources either. Romania had gold, silver and salt mines. It had enough timber that even the Austrians came across the border to cut down the forests illegally in order to supply wood to the Schweighofer piano factory in Vienna. (Back then it was easy for Austrians to cross the border because the fence-building nation of Hungary was still an Austrian colony, although the Austrians in an untypically canny move made the Hungarians believe that they had their own country.)

Unique among European nations, Romania even had slavery. Perhaps out of ingenuity, perhaps out of lack of sea-faring skills, Romania hadn’t gone to other continents to enslave Africans or Indios, but had simply used part of its own population.

All in all, there was really no economic need for colonialism. Yet, the constant prodding finally convinced the king to give in and to dispatch a small military contingent of 120 soldiers deep into the heart of Africa. It took the troops a few months to get to Africa because due to lack of funds, Romanians only travel by hitch-hiking (examples in defense against possible allegations of stereotyping are Dumitru Dan and Timotei Rad). The problem (and the allure) of hitch-hiking is that you sometimes end up where you didn’t want to go, and the Romanian soldiers found themselves in Chad.

Tasked with taking whatever they could find, the colonial force began to look around, but found only sand (hard to carry back home) and camps full of Sudanese refugees. Less in a conquering and more in a humanitarian mood, the Romanians asked the Sudanese if they wanted to come to Romania with them. “Romania? No, no, no!” the refugees exclaimed in horror. (The Sudanese had a feeling that Romania would not enter the Schengen zone anytime soon and were hoping to be colonized by Germany, not having heard of the Hereros’ fate.)

So, things dragged on, the Romanians got drunk, they got into fights with the Chadians (about women, of course), and, as always happens in these stories, one day one of the Romanian officers killed the son of the Chadian Prime Minister. At that time, Africans were used to a lot of mistreatment by Europeans, but that murder was the straw which broke the camel’s back (this figure of speech may only be used legitimately in stories set in Africa). The government of Chad gave the Romanian force an ultimatum to leave the country by sunset the next day. 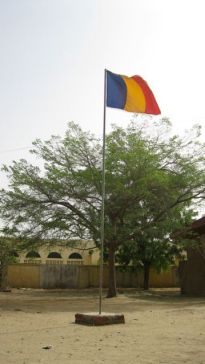 Suddenly in big haste, the soldiers remembered their king’s orders to “bring home as many exotic and colorful items as you can carry”. They grabbed a hapless elephant for the zoo in Târgu Mureș, but because it was grey, they still had to find something colorful. So they ran up and down the main boulevard and removed all the flags from the buildings. The flag of Chad is blue-yellow-red.

And that’s how Romania got its national symbol. The next time you walk past the tri-colored flag, you won’t just ignore it, but you will remember your country’s history, from slavery to almost-in-Schengen and everything in between. Or at least you will remember this story. And if you ever make it to Chad, please return one of the many flags to them. 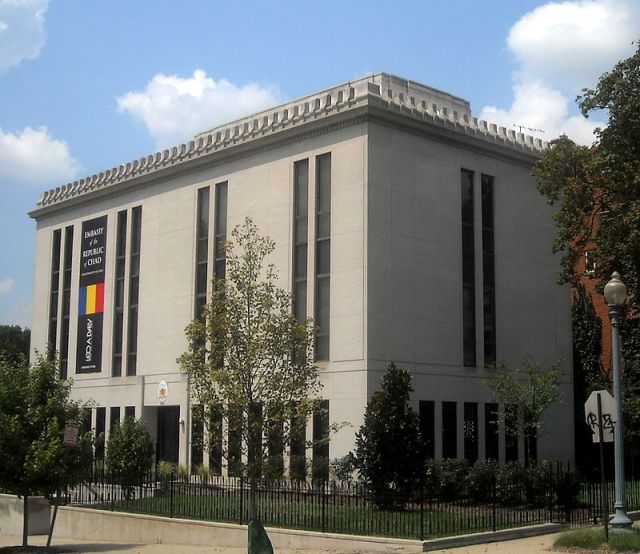 “We won’t even put up real flags anymore. We are afraid the Romanians will steal them.”

Travelling the world and writing about it. I have degrees in law and philosophy, but I'd much rather be a writer, a spy or a hobo.
View all posts by Andreas Moser →
This entry was posted in History, Hungary, Romania and tagged Chad. Bookmark the permalink.

11 Responses to How Romania got its flag