The sound of fighter jets, war planes and bombers causes fear and terror in some people, but delight in me. When the supersonic planes roar in the distance, I drop everything and turn my excited face toward the sky, admiring both the engineering masterpiece and the skills of the aviators.

Having grown up in West Germany in the 1980s, I could observe fighter jets and bombers of the US and the German Air Force almost every week. As a child of pacifist parents, I did however have to hide my excitement. Instead, on the occasion of each flyover of the defenders of our freedom, I had to listen to explanations on how much food or medicine could be purchased with the defense budget. (In our basement, I assembled a model of an Apache attack helicopter nonetheless.) When I was old enough to vigorously voice my own opinion, the Cold War was over and the skies had become empty, silent and boring.

It was in Romania one week ago that I heard the well-known sound once again. I was at the train station in Razboieni and just about to get on the train to Brașov, which is why I couldn’t hang around to spot the planes that would follow the sound.

Only from the train did I see them: some A-10 Thunderbolts, also called “Warthogs”. My favorite plane! Its purpose is to fight tanks and other ground targets. It flies low and majestically slow, also comparatively silently, yet it is extremely agile. Watching the maneuvers of this plane is more enjoyable than watching cats or babies play.

From the train I could take a few photos of the Thunderbolts as they were gliding across the hills of Transylvania: 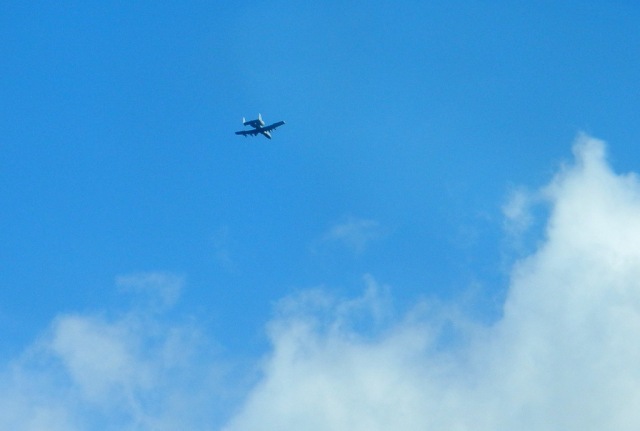 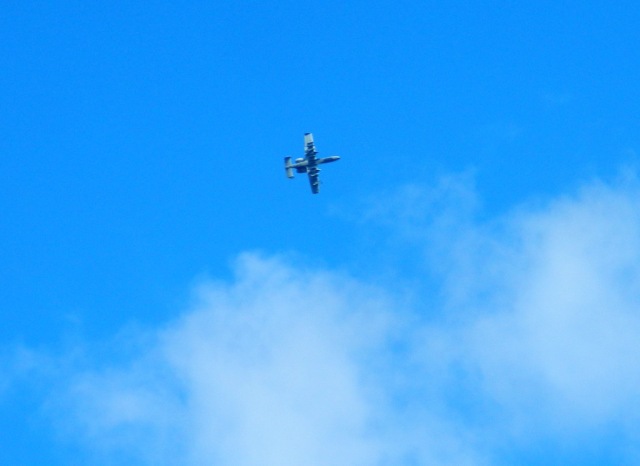 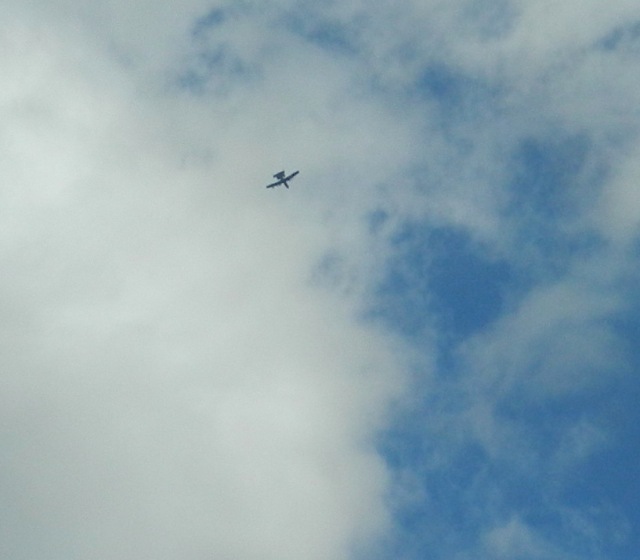 These were some of the 12 Thunderbolts which the US Air Force has deployed to Romania. Taking the train to Cluj-Napoca, you pass by the Air Force base at Câmpia Turzii and you can get a glimpse of the formidable arsenal.

This deployment is part of Operation Atlantic Resolve, with which western NATO countries (want to) demonstrate to their Eastern European partners that the latter could count on the support of the former if Russia’s thirst for expansion won’t stop in Ukraine. Russia on the other hand called the deployment a “confrontational act close to the Russian border”, which makes me wonder what kind of map the Russian Foreign Ministry spokesman consulted. Romania doesn’t have a border with Russia.

Because it’s so beautiful, here is a video of the maneuverability of the A-10:

Travelling the world and writing about it. I have degrees in law and philosophy, but I'd much rather be a writer, a spy or a hobo.
View all posts by Andreas Moser →
This entry was posted in Military, Photography, Politics, Romania, Travel and tagged Atlantic Resolve, NATO. Bookmark the permalink.

2 Responses to Warthogs over Romania