The world looks to Scotland this week, where supporters and opponents of Scottish independence are fighting tooth and nail before the referendum on 18 September 2014. But the vote doesn’t really matter anymore. The Scottish government is set to declare independence, whatever the result of the referendum will be.

There is too much overwhelming evidence that the secret preparations for Scotland’s independence have already gone too far to be rolled back:

Economic and financial factors formed a large part of the public debate, with one obvious question being: what currency will an independent Scotland have? Oddly enough, even many of those favouring independence from the UK want to keep the British pound. The British government has stated that it won’t allow that, apparently not realis 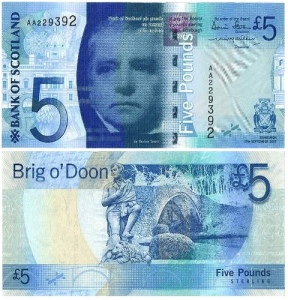 ing that it’s hard to ban somebody from using your currency (see Kosovo using the Euro).

But on my visit to Scotland, I discovered what the real plan is: on several occasions, I was accidentally given Scottish pounds. Millions of them have been printed already and some of them were “lost” in the production process. They have entered the black market and it seemed to me like it was an open secret, because they were widely accepted in almost any shop.

The government lawyers on both sides with whom I spoke seemed not to have considered the future of British football. But to voters, this is a very important issue.

Here too, preparations for Scottish independence have already gone rather far: two weeks ago, an independent Scottish team went to Germany to play none less than the world champion. How the team of a country that doesn’t yet exist managed to set up this match remains a mystery. Maybe Germany was happy to find anyone who wanted to play against them voluntarily after their World Cup win. Maybe it was due to Germans’ notorious problems with geography (they never understand the difference between the United Kingdom and Great Britain).

Not that anyone expects a war, but if you are a newly independent state with lots of oil and gas and you have a land border with a nuclear power which has a history of invading other countries, you need to consider national defence.

Over the last months, Scottish independent fighters have therefore put together several Scottish Army brigades, ready to be formally established on the day of the referendum. I managed to obtain a video from one of their secret exercises. It shows both the need for more professionalism and the determination that the patriotic Scottish soldiers already have.

“What, do you want to put up a border between Scotland and England?” is the half-joking question which supporters of independence face all the time. Officially, most of them say “no”. If only they knew.

Most other reporters covering Scotland wouldn’t be able to find out about this because they only hang around in pubs in Aberdeen and Edinburgh. But I, being as investigative as Tintin, travelled to the area where the border would be. There are no cities, almost no villages, just a few farmhouses every 50 miles or so. Barren, empty, forbidding landscape.

I walked around for days until I found it: the wall. An enormous wall is secretly being built along the Scottish-English border. Here is some photographic evidence: 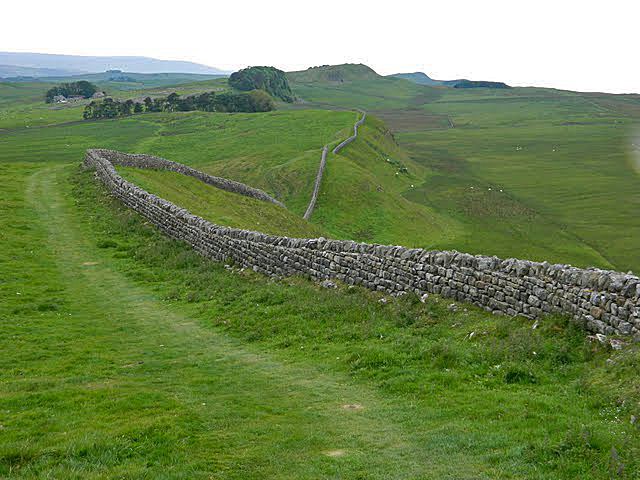 It’s not heavily fortified yet, but it already stretches almost from coast to coast. A remarkable feat to pull something like that off without detection!

After living together in one country for more than 300 years, one unresolved question is the fate of Englishmen living in Scotland and Scots living in England. While intermarriage is still rare (and not recognised by either church), some people have gone to the respective other country to work or study.

The Scottish have devised something very clever: their own language. They have been teaching it for almost a year now in secret evening classes and online courses, and come referendum day, all Scots will switch to Scottish. This also forms an important element of the Scottish national security strategy, as it will prevent any English infiltrators or spies from understanding anything.

You’d think that people would be happy about the opportunity to get rid of an unelected monarch, but the Scottish independence campaign actually want to keep the Queen as head of state. (It would be funny if after the split England will have a successful referendum to abolish the monarchy.)

The Queen hasn’t said whether she would be willing to be head of state of an independent Scotland. At her advanced age, more work is not really what she is craving. On the other hand, she is already Queen of Jamaica, Tuvalu, Belize, Canada, Australia, the Bahamas and many more funny countries, so one more or less wouldn’t make much of a difference.

But in order to make sure that the Queen is on board, Scotland lured the Queen to Balmoral Castle in Scotland this week. With the Queen being in Scotland at the time of the referendum and the border ready to go up and be manned (see above under “Border” and “Military”), Scots would simply hold the Queen hostage until she accepts to be on their stamps and coins as well.

Travelling the world and writing about it. I have degrees in law and philosophy, but I'd much rather be a writer, a spy or a hobo.
View all posts by Andreas Moser →
This entry was posted in Language, Military, Politics, Scotland, UK and tagged Hadrian's Wall, referendum. Bookmark the permalink.