Geeks are killing us

When the Canadian Police announced yesterday that they had arrested two terrorist suspects who had planned to derail a train, I immediately had a picture of them in my mind. A stereotypical picture, but one which is sadly too often true: young, male, Muslim. I bet you thought the same. But there is one more thing I knew before it was announced: they must be students of some geeky science stuff.

Whenever there is a terrorist attack, successful or thwarted, someone will point out that most terrorists are young, male and Muslim and that this part of the population should therefore be better controlled. “How?”, I always wonder. “Do you want to put an intelligence officer next to every Muslim teenager?” Other irrational voices suggest that immigration from Muslim countries should be more tightly controlled. (As if immigration was easy now.)

These suggestions of “surveilling” Muslim men are made in blanket disregard of laws and constitutional and human rights. But even those who don’t care about these rights (which more often than not are the lawmakers themselves, shockingly) have to realize that large-scale around-the-clock surveillance of substantial parts of the population are impractical and too expensive. 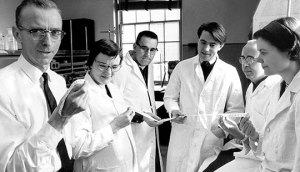 “But we look so innocent in our white coats.”

That’s why I suggest we focus on the fourth characteristic that most terrorist have displayed: almost all terrorists are students of computer science, engineering or other geeky technology or science stuff. This group is much smaller and much more definable. It’s far easier to find out who is enrolled in a PhD program for aviation engineering than who has a certain faith.

In case you doubt the facts, here are just a few examples:

I am sure you can see the pattern by now. Maybe it’s not even surprising that engineers and other scientists want to blow stuff up. When I was a kid I put firecrackers into people’s letter boxes. For today’s scientists, that is apparently not enough. – Luckily, my interest for the humanities and the social sciences grew and I became a completely harmless individual and a student of philosophy. No danger from me, although there have admittedly been some lawyers or law students who later turned into terrorists. 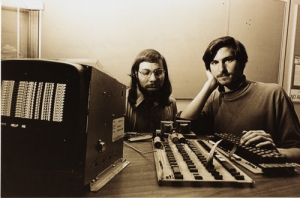 “Good for the world that we had some success. Who knows what we might have done otherwise…”

Going through the biographies of terrorists, it is also striking how many of them struggled or even failed in their studies. Low grades or dropping out of courses might be better warning signs or indicators of trouble ahead than if somebody goes to a mosque or grows a beard.

Travelling the world and writing about it. I have degrees in law and philosophy, but I'd much rather be a writer, a spy or a hobo.
View all posts by Andreas Moser →
This entry was posted in Human Rights, Islam, Technology, Terrorism and tagged geeks, science. Bookmark the permalink.

8 Responses to Geeks are killing us