My predictions for the US Presidential Election 2012 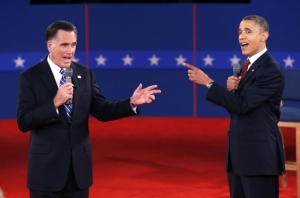 I know that after tonight’s US Presidential election, whatever the outcome will be, a lot of people will say “I told you so” and “that’s exactly what I said would happen”. I am different. I make my predictions before election night and you can then hold me to account and decide if you will follow this blog for the next four years or not.

Please follow me tonight at www.facebook.com/andreas.moser.blog where I will be live-blogging throughout election night.

Travelling the world and writing about it. I have degrees in law and philosophy, but I'd much rather be a writer, a spy or a hobo.
View all posts by Andreas Moser →
This entry was posted in Elections, Politics, USA. Bookmark the permalink.

8 Responses to My predictions for the US Presidential Election 2012